The special issue focused on Law and Boundaries of the Journal Global Jurist, now available online.

- The Public–Private Distinction, Autonomy and Free Movement: Unpacking the Assumptions (By Mataija, Mislav)

- Framing the Boundaries of European Human Rights Law (by Öztaş, Can)

- Cynicism and Guilt in International Law after Rwanda (by Russi Luigi)

- Living on the Edge of Queer Theory and Canada’s Uncanny Pluralism: Queer Religious Bodies as Constitutional Strangers (by Blanc, Nicolas)

A new issue of Max Planck Institute For Comparative & International Private Law Research Paper Series was just published and is available on SSRN.

Posted by Antonio Zuccaro at 11:12 AM No comments:

SCHOLARSHIP: PhD Studentship - The History of Ideas about Law and Society in a Global Context

The Centre for Law and Society in a Global Context (CLSGC), part of the School of Law at Queen Mary - University of London:
is offering a PhD Studentship to fund a doctoral student to conduct research in the area of the history of ideas about law and society in a global context. The CLSGC would welcome applications for this funding award from applicants whose research proposals outline how they aim to investigate the social context in which such ideas are articulated either by individual jurists or groups of jurists.
The research will be conducted at the CLSGC, which was established in the summer of 2013. It is a home for multidisciplinary research into the global dimensions of law and society. At its core, the CLSGC aims to work towards a better theorization of law in its changing social contexts, exploring the challenges posed for this endeavour by law's increasingly important global dimensions. One of the key planks of CLGSC's research program is the historical dimension of the globalisation of law, including the globalisation of ideas about law and society.
The studentships are awarded on the basis of academic excellence. The application process for these awards is highly competitive. Shortlisted candidates will be required to attend an interview.
For additional information see here or here.
Posted by Unknown at 2:53 PM No comments:

Email ThisBlogThis!Share to TwitterShare to FacebookShare to Pinterest
Labels: Scholarship

Professor Olivier Moréteau, Vice-President of Juris Diversitas and Co-Organiser of the coming conference in Aix, was recently awarded the John Ashby Hernandez III Memorial Francophone Leadership Award by the Louisiana State Bar Association at the General Assembly and House of Delegates meeting.
Well done, Sir. (Love the halo!) - SPD
For additional information, click here.
Posted by Unknown at 9:50 AM No comments: 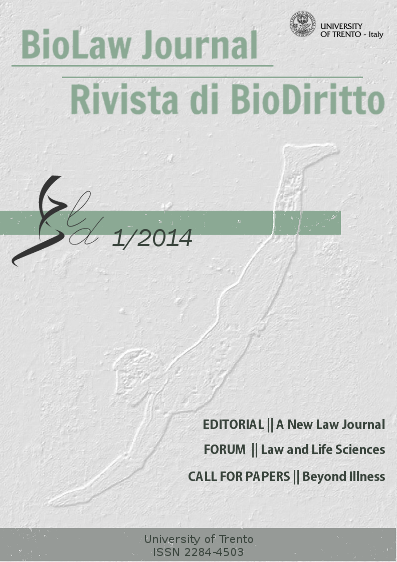 The first issue of BioLaw Journal - Rivista di BioDiritto has just been published.

BioLaw Journal – Rivista di BioDiritto is a peer reviewed, online law journal focusing on the relationships between law and life sciences under a comparative perspective. According to its interdisciplinary nature, the Journal hosts contributions in the fields of law, life sciences and bioethics.
The Journal presents articles, commentaries and book reviews which provide an innovative and original source of reference for academics, lawyers, legal and medical practitioners, law students, and anyone interested in national, European and international biolaw.
The first issue is freely available at this link: http://www.biodiritto.org/ojs/index.php?journal=biolaw&page=index
Posted by Antonio Zuccaro at 9:18 PM No comments:

Further details and contact details can be found here.
Posted by Unknown at 1:08 PM No comments:

Hungary’s oldest and largest university, the Eötvös Loránd University (ELTE) started its 378th academic year in 2013. As a part of its vision on fostering international educational and scholarly ties, ELTE Law School has launched its Law Journal, with the aim of it becoming an international and regional forum for learned debate on comparative legal studies.

ELTE Law Journal invites you to submit original articles that explore contemporary, practical issues in the field of private law, criminal law, constitutional and administrative law, international law and European law. We have a strong preference for submissions with a comparative approach and for articles exploring legal issues from the perspective of European law and/or international law.We accept submissions on a rolling basis.

The journal is available online at the following link: http://eltelawjournal.hu/

The Editorial Board welcomes submissions for publication. Formal requirements may be found here: http://eltelawjournal.hu/submission-guide/
Posted by Unknown at 1:27 PM No comments:

ARTICLE: Ralf Poscher on Interpretaton and Understanding in Law. The Complexity of Easy Cases 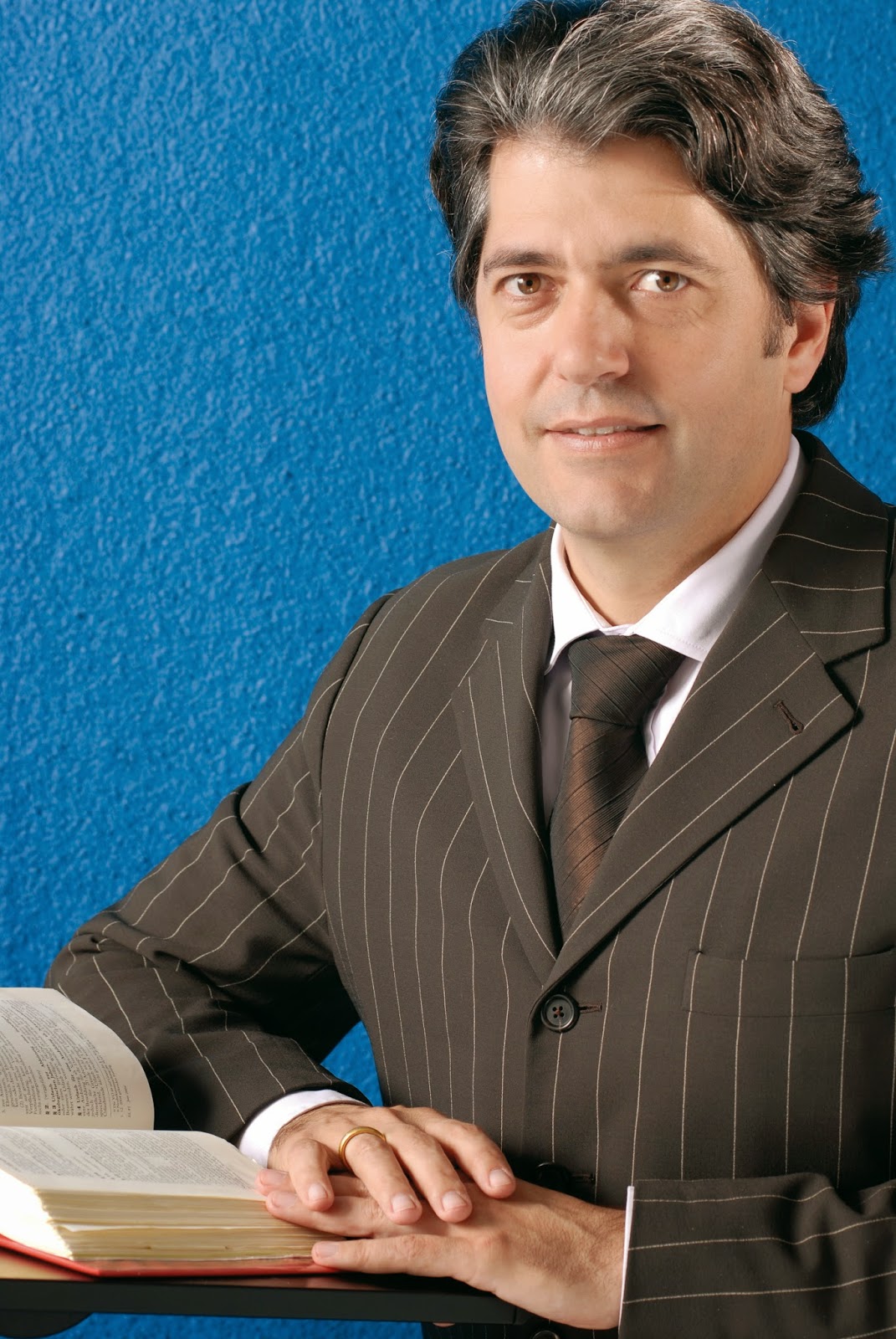 Juris Diversitas is pleased to inform You about the new article of Prof. Ralf Poscher (Albert-Ludwigs-University Freiburg) Inerpretation and Understanding in Law. The Complexity of Easy Cases, published on Philosophi of Law eJournal.


Lon L. Fuller challenged the positivist distinction between the law “as it is” and the law “as it ought to be” by insisting on the need for interpretation even in easy cases of adjudication. Fuller argued that interpretation is always creative in the light of the purpose of the rule to be applied and thus always draws on the law “as it ought to be”. Andrei Marmor tried to defend positivism against this challenge by advancing the thesis that there is no need for interpretation in easy cases. He drew on Ludwig Wittgenstein’s remarks on rule following to suggest that in easy cases the law is just in need of understanding, not of interpretation. Although I also think that positivism can be saved from Fuller’s challenge, I do not think that it can be done with the help of Wittgenstein’s distinction between interpretation and understanding. Fuller’s challenge and Wittgenstein’s remarks on the relation between a rule and its application address different aspects of the process of adjudication in easy cases, which build upon, but which cannot be played out against each other. We have to distinguish between two different elements of our practice of adjudication in easy cases: On the one side the communicative interpretation of utterances – in the case of the law legal texts – in the sense Paul Grice was concerned with; on the other side the application of a rule thus identified as the content of a communicative intention that Wittgenstein’s remarks on rule following are concerned with. Fuller can be understood to have insisted rightly on the ubiquity of the former, which cannot be refuted by any account of the latter. The upshot, though, is not that Fuller’s challenge is successful. Its flaw, however, does not lie in the insistence on the ubiquity of communicative interpretation, but in its exploitation of an ambiguity of the creative element in two different kinds of interpretation. We have to distinguish between the epistemic creativity that can be involved in communicative interpretation and the creativity involved in amending the law via legal construction. Only the latter concerns the distinction between the law “as it is” and the law “as it ought to be”.
Posted by Unknown at 11:09 AM No comments: