Edward Elgar Publishing has announced the publication of:

Comparative Perspectives on Criminal Justice in China is an anthology of chapters on the contemporary criminal justice system in mainland China, bringing together the work of recognised scholars from China and around the world.

The book addresses issues at various stages of the criminal justice process (investigation and prosecution of crime and criminal trial) as well as problems pertaining to criminal defence and to parallel systems of punishment. All of the contributions discuss the criminal justice system in the context of China’s legal reforms. Several of the contributions urge the conclusion that the criminal process and related processes remain marred by overwhelming powers of the police and Party-State, and a chapter discussing China’s 2012 revision of its Criminal Procedure Law argues that the revision is unlikely to bring significant improvement.

This diverse comparative study will appeal to academics in Chinese law, society and politics, members of the human rights NGO and diplomatic communities as well as legal professionals interested in China.

The emergence of international criminal courts, beginning with the International Criminal Tribunal for the former Yugoslavia and including the International Criminal Court, has also brought an evolving international criminal procedure. In this book, the authors examine selected issues that reflect a blending of, or choice between, civil law and common law models of procedure. The topics include background on civil law and common law legal systems; plea bargaining; witness proofing; written and oral evidence; self-representation and the use of assigned, standby, and amicus counsel; the role of victims; and the right to appeal.

International Criminal Procedure will appeal to academics, students, researchers, lawyers and judges working in the field of international criminal law.
Posted by Unknown at 11:55 AM No comments:

Intersentia has announced the publication of:

The judicial and quasi-judicial enforceability of economic, social and cultural (ESC) rights has long been disputed based on some flawed characterizations of the rights and concerns about the role of adjudication in addressing issues of socio-economic development. Underscoring the generally poor socio-economic conditions in most African states, this book argues that the justiciability of ESC rights in the African regional human rights system plays a subsidiary role in ensuring social justice and the accountability of public authorities in the states of the continent. It marries theory and practice relating to the normative, institutional and procedural aspects of the justiciability of ESC rights in exploring the actual and potential relevance of the African human rights system to the amelioration of impoverishment, disease, illiteracy, homelessness, starvation, marginalization and other related problems that may be framed in terms of violations of ESC rights.

CONFERENCE: Empires and Nations from the 18th to the 20th Century

I just discovered this conference. SPD

Sapienza University of Rome, the most ancient and largest Italian University, launches an international multidisciplinary conference to be held in Rome, on 20-21-22 June 2013.
The topics of the meeting are related to Empires and Nations from the 18th to the 20th century.
Papers presented to the conference will cover a wide range of matters such as, among others, the creation of Nation States in Modern Europe, the great Multinational empires (Hapsburg, Russian and Ottoman Empires), the rise and decline of colonial empires (Spain, France, Great Britain), the movements for national independence and self-determination in the Nineteenth century (the Italian Risorgimento and the struggle for independence of Eastern European States), the collapse of multinational empires after World War I, the interwar and WWII period and the rise of Fascist and Nazi “Empires”, the post war emergence of ideological “Empires” and the division of Europe during the Cold War, post-ideological and theoretical concepts of Empire in the late twentieth century.
The Conference also invites proposals devoted to comparative perspectives on nationalism-related issues, as well as theoretical approaches on the concept of empires and nations that need not be framed to any particular geographic region.
The conference welcomes a multidisciplinary approach inviting scholars from other disciplines such as political science, history, anthropology, sociology, international studies, security studies, geopolitics, area studies, economics, geography, sociolinguistics, literature, psychology, and related fields.
The Conference encourages the submission of single papers, addressing the above mentioned issues based on a chronological framework. Any submission must be framed within one of the five following chronological arches with the relevant keywords: 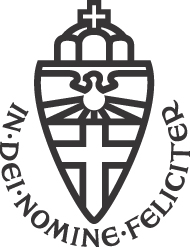 Islamic Family Law in Modern Europe And The Muslim World

The deadline for the conference Islamic Family Law in Modern Europe And The Muslim World. Normative, Legal and Empirical Analyses Beyond The Women’s Rights Issue has been extended.

The conference will take place in Nijmegen, from 19-21 June 2013. Keynote speakers will be prof. Lynn Welchman, dr. Ziba Mir-Hosseini and dr. Prakash Shah. Abstracts (max. 300 words)can be submitted to CMRCongress@jur.ru.nl Before March 25.

There will be limited grant possibilities for early career researchers from low and lower-middle income economies (as classified by the World Bank). If you would like to qualify for one of the grants, please mention this when submitting your abstract.

Further information can be found at http://www.ru.nl/rechten/cmr/nieuws/nieuws/@877893/conference-islamic/

Posted by Unknown at 8:03 PM No comments:

CONFERENCE: Postwar Decolonisation and Its Impact on Europe

Postwar Decolonisation and Its Impact on Europe
University of Exeter, United Kingdom, 2-3 December 2013

The unravelling of European empires was foundational to the making of the modern world. An old imperial order was swept away, and a new age of nation states rapidly replaced it. Whilst decolonisation played a fundamental role in the shaping of postwar world, its repercussions for Europe itself, in a host of political, social and cultural spheres, are still relatively little examined. Its impact outside Europe's so-called 'western core' has attracted even less attention.

This conference will examine how the global dynamics of decolonisation impacted upon different parts of the continent. To this end, we would like to encourage papers from a diverse range of countries and political areas within Cold War Europe, and, where possible, comparative (and even collaborative) proposals that explore impacts across national or regional boundaries. In doing so, we seek to explore the diversity of the continent's responses to decolonisation, as well as shared experiences across eastern, southern and western Europe.

Proposals are welcomed on the following themes.

The organisers are open to suggestions for other panels relevant to the theme. We welcome papers that deal with major transnational and national debates, alongside those which focus on case studies. Some funding is available for the conference, but speakers are also encouraged to look to their universities or other funders to help support their participation. The conference is organised by the University of Exeter, with the assistance of the Imre Kertész Kolleg, Jena and the Centre for Area Studies, Leipzig.

This conference will followed by an event hosted by the Imre Kertész Kolleg, Jena and the Centre for Area Studies, Leipzig, in March/ April 2014, focusing on the interaction between eastern Europe and the 'global South' during and after the Cold War.
Posted by Unknown at 2:36 PM No comments:

This conference will bring together law school faculty, staff, and language specialists to discuss
how best to prepare U.S. law students for the multilingual practice of law. The one-day gathering
will involve panel discussions and working groups. Specific topics for discussion include: