Posted by Erin Branigan at 10:20 PM No comments:

I just discovered Settler Colonial Studies, a journal that promises to be useful for the study of the diffusion of Western legal ideas and institutions around the world.

was established to respond to a growing demand for reflection and critical scholarship on settler colonialism as a distinct social and historical formation.

The 6th Melbourne Doctoral Forum on Legal Theory will be held at the Melbourne Law School, 9-10 December 2013. This year the forum addresses contamination. It will again bring together research students and early career researchers from all disciplines and diverse fields of scholarship to engage with political, theoretical, and methodological issues engendered by law.

As a concept, contamination is organic, fluid, contagious, and affective. The grammar of contaminating law calls attention to the processes of change and becoming through which legal thought carries valence, effect and violence. And yet, contamination is inherently ambivalent. How might law alter the non-legal dimensions of life? How can the interaction between different legal orders and types of law be theorised through contamination? If contamination is already neutralised of its subversive power, what would it mean to pursue a politics of contamination against structures of domination that thrive on the symbolic idea of purity? Might law be interpreted as irreducibly pharmacological - at once medicinal and poisonous - always on guard against the horrors of an unchecked nature? What work might the unruly, irresponsible and risky body do in unmaking juridical ordering?
Read more »
Posted by Unknown at 9:07 AM No comments:

BOOK: Marrani on Dynamics in the French Constitution


David Marrani, Director of Studies at the Institute of Law - Jersey, has just published Dynamics in the French Constitution: Decoding French Republican Ideas:

The promulgation of the Fifth French Republic Constitution in 1958 marked the end of a complex constitutional history that has since 1789 seen more than twenty constitutions and five Republics. Lasting now for more than fifty years, the Fifth Republic Constitution has proven to be the right settlement for the French people; a consensual text.
However, while offering the appearance of stability, the Fifth French Republic Constitution has often been reconsidered and changed, not least in the year of its fiftieth anniversary, when the Constitution was 'modernised'. These dynamics of the Fifth Republic Constitution are neither a recent matter nor entirely the result of the successive constitutional amendments. Instead, the history of the Constitution has involved the resurgence of repressed archaic elements from the ancient regime, while the social, economic and environmental contexts have penetrated not only the text itself but more extensively its spirit, and behind it, the philosophy and our perception of the Republic.
In Dynamics in the French Constitution, David Marrani questions the foundations of the French Fifth Republic. In using specific themes, current and traditional debates, contemporary and archaic factors, that have enlightened the road of long lasting Republic, the book explores some of the changes of the last fifty years and the tensions that are present within the constitutional text. In combining theoretical concepts of constitutional law with key contemporary and historical developments, such as the European integration, the response to environmental challenges, the practice of human rights and the pillars supporting French republicanism, this book offers varied and creative tools for a better understanding of the Republic of today.

The struggle between making progress and preserving tradition is as old as time. On the one hand, progress is needed to move forward, to grow, to expand, to become more prosperous, and — perhaps most importantly — to prevent being left behind. On the other hand, tradition is what links us to our past, gives us a sense of history and roots, and creates a common culture that binds us all together. Louisiana law is no stranger to this struggle, and has been endeavoring to strike this perfect balance for much of its history.

A great deal of Louisiana law is historically derived from the civil law tradition, whereas the rest of the United States follows that of the common law. As such, Louisiana is often referred to as a civil law island floating in a sea of common law jurisdictions. Nonetheless, the civil law heritage holds a special place in what makes Louisiana so distinctive, and efforts have been made over time to preserve and develop these legal treasures.
Read more »
Posted by Unknown at 10:53 AM No comments:

Coursera.org provides interesting course 'Constitutional Struggles in the Muslim World'. The reader is Dr. Ebrahim Afsah. Dr. Afsah is an Associate Professor of Public International Law at the Faculty of Law, University of Copenhagen.

This course is a survey of the constitutional ideas and institutions that have developed since the mid 19th century throughout predominantly Muslim countries, but its focus will lie on the actors that have dominated this discourse and shaped its outcomes. The participants will look at the large body of classical writings on the Islamic state only in so far as it is necessary to understand the contemporary debate, but concentrate on the legal and political developments of the 20th and 21st centuries.

The course will consist of lectures in short (10-15 min) videos, each of which will be followed by an exercise in which participants can test their grasp of the new material. The exercises will combine multiple-choice with essay-type questions.

Most lectures will be accompanied by written background material from the instructor which, hopefully, will eventually form the basis of a text-book. Participants are, therefore, welcome to give feedback in order to improve this material.

Further information can be found here. 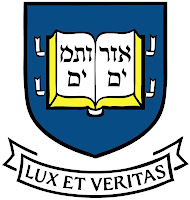 Akhil Reed Amar is Sterling Professor of Law and Political Science at Yale University, where he teaches constitutional law at both Yale College and Yale Law School.

This course is designed to introduce you to one of the most important texts in human history—the United States Constitution. Why and how did this document come into existence in the 1780s? How and why has it been amended over the years? Who decides what it means? What are the ground rules for proper constitutional interpretation? How does the written Constitution interact with unwritten sources of constitutional authority, such as judicial decisions, presidential proclamations, landmark statutes, and widespread popular understandings?

The Journal of Civil Law Studies welcomes submissions of articles and notes related to civil law topics in Louisiana and worldwide. Unsolicited book reviews and review articles are also welcome.


The following are regarded as topics of particular interest:
The JCLS is intended to promote a multidisciplinary and pluralistic approach, with a focus on the following themes:
Posted by Unknown at 10:28 PM No comments:

John Cairns has posted an entry on 'Fictional and Non-Fictional Professors of Civil [i.e. Roman] Law and Detective Stories' on the Edinburgh Legal History Blog. For this and more, have a look.

The journal is a publication of the Centre for Comparative Labour and Social Security Law (COMPTRASEC):

The topics covered by those doctrinal papers are timely and various (international labour law, discrimination, transnational norm-building networks, collective labour relations, constitutionnalisation of the social rights, right to retirement, workers' freedom of movement, temporary work). Lance Compa (Industrial Labour Relations School – Cornell University) opens this issue with the analysis of the international labour standards violation by European companies (notably 2 French companies) located in the USA, especially regarding the freedom of association. Nanga Silue (Université Alassane Ouattara) discusses the current Ivorian approach of the non-discrimination principle emancipating the mere transposition of rules from French law. The potential for improvement in support of a more civilized world order held by the transnational norm-building networks is the topic of Ulrich Mückenberger study (Université de Hambourg and Université de Brême). Precious observations about the historical evolution of the collective labour relations in Turkey are offered by Melda Sur (Université Dokuz Eylül – Izmir); with judicious comparative light on the social rights constitutionnalisation in Eastern European countries and Russia by Anna Alexandrova (Université d’État de Penza). Pablo Arellano Ortiz (Université Austral du Chili) exposes the Chilean case of equal protection for retirement by gender, since the 2008 pension reform, analyzing the foundations through the notion  of positive discrimination. Workers' freedom of movement within the Economic Community Association of Southeast Asian Nations (ASEAN), essential to cope with globalization, still have few restrictions to the regional integration as Suphasit Taweejamsup (Université Chulalongkorn -  Bangkok) points out. Finally, a comparative analysis of two different legal regimes - France and Québec - is given by Laurence Léa Fontaine (Université du Québec (Montréal)).
Read more »
Posted by Unknown at 10:36 AM No comments: 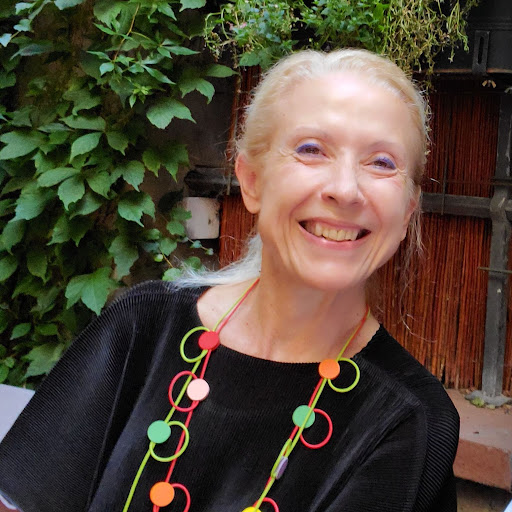 I was recently made aware of Συγκριτικό Δίκαιο – Comparative Law, a new Greek-language blog on comparative law written by a friend of Juris Diversitas.
I've included it on our blog list. Have a look.

Posted by Unknown at 9:41 AM No comments: