It is indeed a great moment for me personally and for my university institutionally that an International Conference on Justice, Peace & Development is being organized under the joint aegis of the Central University of Himachal Pradesh and the Research Committee on Sociology of Law (RCSL) of International Sociological Association (ISA) at Dharamshala from 10-12 September 2011. I extend a cordial welcome to all the delegates of this Conference and look forward to facilitate intellectually very rigorous and meaningful interaction on behalf of my university as Organizing Secretary.
The end of Era of Enlightenment led to explosion of two major myths, i.e., the Myth of Liberation and the Myth of Truth as the Post-Modernists would argue. But there is no doubt that there were serious introspective debates regarding the legal solutions for the after-effects of war and invasion, the Nuremberg Trials after the World War II. These focused on those who committed massive crimes. It is a classic example not only of an International Criminal Law but also of the legal construction of justice for peace, which has been opted by those victors of a conflict to choose the LAW as a tool defining the responsibilities for an international community and also were held accountable before the international community. This is one of the milestones of legal solution towards conflict leading to PEACE, JUSTICE and DEVELOPMENT as every body knew how the nations stung by defeat and also the nations of victors chose legal solution towards DEVELOPMENT out of the war-ravaged destruction for a reformulated and also for a directed socio-economic and political transformation.

All these assert the fact that the closure of the war is not just an end to violence but to build sustainable peace. In the words of the Nuremberg Prosecutor Justice Robert H. Jackson: “That four great nations, flushed with victory and stung with injury stay on the hand of vengeance and voluntarily submit their captive enemies to the judgement of law is one of the most significant tributes that power has ever paid to reason”. These are of international and regional and local variants to contest the conflict caused tensions to result in peace and development with justice. Similarly, the war torn atmosphere turned out to be the beginning of aspirations among the colonized nations and subjects among the different continents. Again the closure of Colonization was the beginning of the Development, Justice leading to a peaceful transition to a nation hood and these had plethora of legal packages.

All these developments after the beginning of the second half of twentieth century pertaining to Peace, Development and Justice were full of a quest for a flawless law for establishing a NEW WORLD ORDER. In this regard, what was stated by Hans Corell, Under-Secretary-General for Legal Affairs for the UN, (at the All Africa Conference on Law, Justice and Development at Abuja, Nigeria, on 4th February 2003 with the title “Law, Justice and Development: A Challenge for Africa in the 21st Century”), is relevant here. Hans Corell has focused very briefly on six issues of interest to this Conference:

1.The role of lawyers,
2.The importance of regional experience,
3.Rule of law and human rights,
4.Criminal law,
5.Commercial law, and
6.Legal technical assistance.

While there are several theoretical assumptions of the production of law and more particularly of the social production of law , the argument of Habermas that law at the post-conventional level of social evolution is still based on moral principles which remain open to discussion: ‘The particular accomplishment of the positivization of the legal order consists in displacing problems of justification, that is, in relieving the technical administration of the law of such problems over broad expanses — but not in doing away with them’ (Theory of Communicative Action – Habermas, 1984:261). Modern law as a whole remains in need of justification, and can be criticized, precisely in order to unveil its systemic nature, under the abstract conditions of universalistic validity claims on normative rightness. Habermas further argued that people’s will and their sovereignty defines and redefines the focus of law, especially the legal codification of welfare rights of individuals. Universal Declaration of Human Rights is an essential factor protecting the human rights that respects international, public and personal law as a fundamental value of variant legal systems. A conference like the annual conference of the Research Committee of Sociology of Law of International Sociological Association cannot ignore the current development of the legal construction of gender, minorities, marginalized, oppressed, underdeveloped and their perspective towards the quest for PEACE, JUSTICE and DEVELOPMENT.

Once again, I wish to express my thanks to our Hon’ble Vice-Chancellor, Prof. Furqan Qamar, for all his encouragement and support. I would be failing in my duty if I do not acknowledge the perseverance, encouragement and generosity of RCSL President, Prof. Vittorio Olgiati, the members of RCSL Board and Prof D. Sundaram. I am also grateful to all my colleagues at the Central University of Himachal Pradesh for having extended a very smiling support and all help towards this event.

Please see the conference site for more details, including the call for papers.
Posted by Unknown at 1:17 PM No comments:

Just received through the "Law and Development Review":

Paper proposals should be limited to a 500 word abstract, which must be received by July 15 at the latest. Accepted conference papers should be completed by November 15 for circulation among the participants in advance of the conference. All proposals must be sent by email to the Law and Development Institute, info@lawanddevelopment.net (with a cc to wtogeneva@hotmail.com). The paper proposals will be peer-reviewed by members of the editorial board of the The Law and Development Review. It is anticipated that paper selection will be completed by July 31, 2011. The selected authors will be invited to present their papers at the Conference. The conference venue is Seattle University School of Law, located in Seattle, United States. The invited speakers are expected to cover their own expenses to attend the conference.

For those that missed it, the Third International Congress of the World Society of Mixed Jurisdiction Jurists was a great success. There'll be more news on it here shortly.

*
One interesting topic that came up in Israel, admittedly more often after hours than during sessions, was the use of 'hybridity' as distinct from 'mixity'. The former, for me, includes not only state laws, but non-state norms. Obviously, this is very close to the many schools of 'legal' or 'normative pluralism', but I think there are differences that I hope to explore more fully in the future. While I've already repeatedly used--arguably abused--this notion of 'hybridity' in several articles, I'd welcome any feedback (preferably directly by email) from members on its definition, its utility, etc, etc. 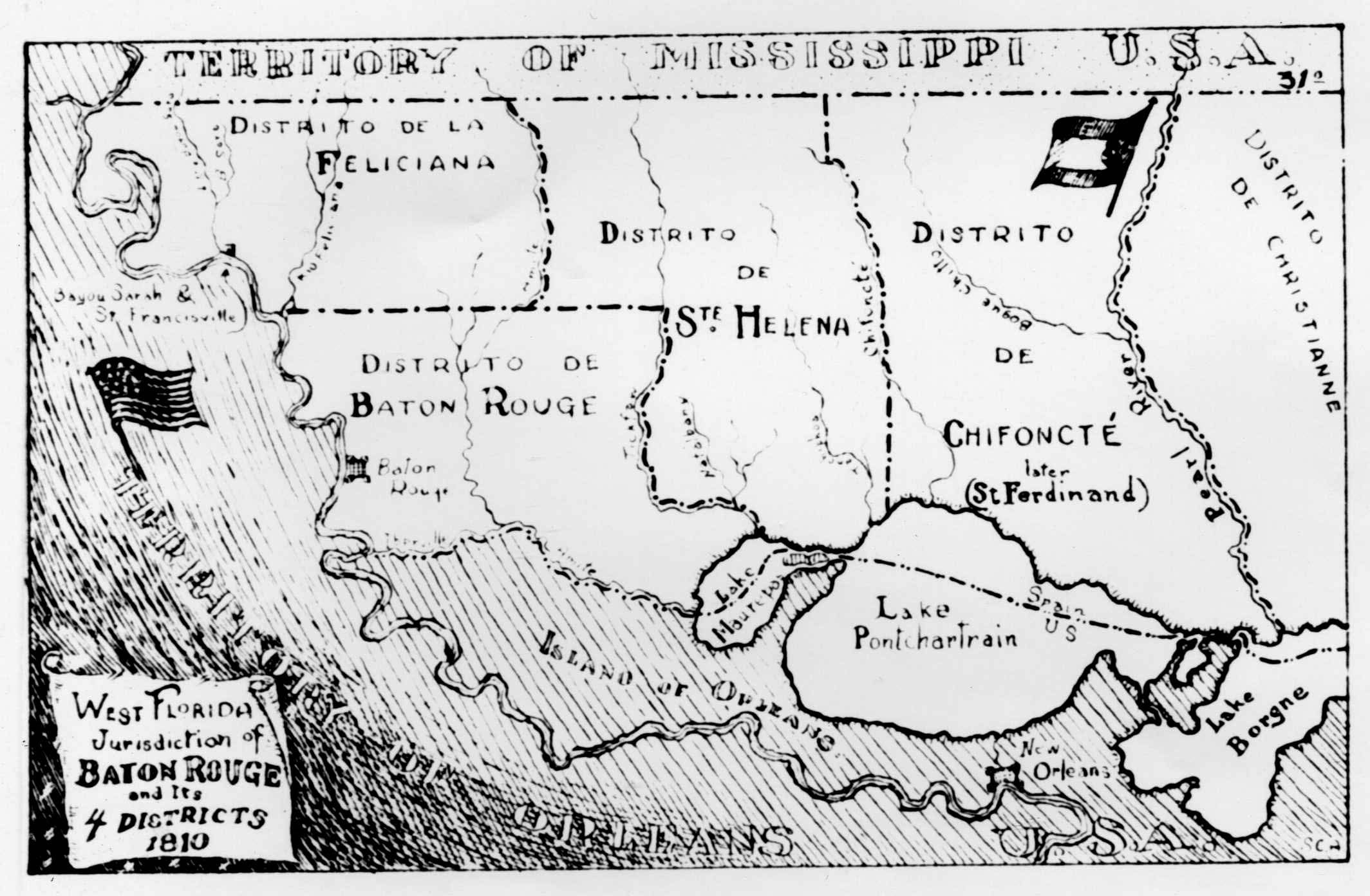 Forgive the shilling, but, for those interested, the following recent, relevant, and closely-related papers are available on my SSRN page:
• ‘Comparative law and hybrid legal traditions: an introduction’ and ‘Histories of hybridity: a problem, a primer, a plea, and a plan (of sorts)’ for E Cashin-Ritaine, SP Donlan, and M Sychold (eds), Comparative law and hybrid legal traditions (2010)
• ‘Remembering: legal hybridity and legal history’ (2011) 2 Comparative Law Review 1
• ‘The Mediterranean Hybridity Project: at the boundaries of law and culture’ to be published in the Journal of Civil Law Studies in mid 2011
These articles attempt to create a foundation, especially in my narrative of Western legal history, on which to build an analytical concept that can also be applied within comparative law. The ubiquity of hybridity in both the past and present is, or so I argue, of considerable imporatance to legal philosophy as well.
Finally, note that my paper in Israel was also on the Mediterranean Project and touched briefly on the use of 'hybridity' in Post-Colonial Studies. This is closely related to my understanding of the meaning of the concept. I hope to follow up on this relationship shortly, perhaps also linking my discussion to that on 'critical legal pluralism'. This would attempt to combine both objective and subjective perspectives at the level of the legal or normative order and individual respectively.
I'd welcome your thoughts.
Posted by Unknown at 12:40 AM No comments:

NOTICE: New Law and Humanities on Law and Literature

To celebrate the 5th anniversary of Law and Humanities, Volume 5, Number 1 is a special issue on Law and Literature with papers arising from an international symposium titled ‘Law and Literature: Theory and Practice’. The Editorial by Paul Raffield and Gary Watt as well as the Introduction by Christian Biet and Lissa Lincoln are free to view.
For further information please see below for the table of contents, information about online access and details on how to subscribe.

Posted by Unknown at 7:48 PM No comments: