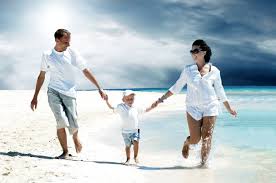 The manuscripts have to discuss issues of succession and family law on foreign legal system or offering a comparative perspective or overview.

Contributions may be written in Italian, English, French or Spanish (with an abstract in English) and ideally should not exceed 10,000 words in length, footnotes included.

The manuscripts should include a 100 word informative abstract in Italian or in English. The abstract must appear at the end of the contribution, and will be published together with it.

After a pre-selection by Editor-in-Chief, articles are peer-reviewed anonymously by two member of our Board of Editors.

Submissions should be made electronically to pasqualelaghi1@virgilio.it or pasquale.laghi@unical.it Postal submission are not accepted.

Email ThisBlogThis!Share to TwitterShare to FacebookShare to Pinterest
Labels: Call for Texts, journal

BOOK: Jewish Law and its Interaction with Other Legal Systems.

The Jewish Law Association has published Christine Hayes and Amos Israel-Vleeschhouwer (eds), Jewish Law and its Interaction with Other Legal Systems.

1:  Amos ISRAEL-VLEESCHHOUWER, Systemic, Dynamic and Complex analyses of the Interaction of Jewish and Other Legal Systems (1-29)
2:  Leah BORNSTEIN-MAKOVETSKY, Adultery and Punishment among Jews in the Ottoman Empire (30-50)
3:  Lea JACOBSEN, A Mother's Legal Authority over her Offspring's Marriage in the Ancient Near East and the Bible (51-104)
4:  Ruth LAMDAN, Jewish Encounters in Muslim Courts: The Ottoman Empire, 16th-17th Centuries (105-119)
5:  Donna LITMAN, Rules of Statutory Construction for Biblical and American Laws – A Comparative Analysis (120-175)
6:  Avinoam ROSENAK, Jewish law as Staging Directions (176-224)
7:  Chaim SAIMAN, Talmudic Analytics and Ethical Thought: A study of the Jewish law of the Worker's Wages as an argument for Neo-Lamdanut (225-261)
8:  Shana Strauch SCHICK, Reading Aristotle in Mahoza?: Actions and Intentions in Rava's Jurisprudence (262-291)
9:  Yaakov SHAPIRA, Couples' Place of Residence and the dispute of Rabbenu Tam and the Maharam: Society, Religion and Halakhah (292-327)
10:  Daniel SINCLAIR, Kiddush Hashem (Sanctification of the Divine Name) and Some Aspects of the Halakhic Turn to Non-Jewish Standards in Ritual Law and Morality in the Modern Period (328-359)

The abstracts are available here.
Posted by Unknown at 11:28 AM No comments:

Email ThisBlogThis!Share to TwitterShare to FacebookShare to Pinterest
Labels: book

Posted by Antonio Zuccaro at 3:54 PM No comments:

ARTICLE COLLECTION: Law around the world

Are you looking for research on Law around the world?Routledge have created a special free article collection that looks at Law and legal practices across the globe, with dedicated sections on Africa, the Americas, Asia,Europe and Oceania.
This collection is aimed at making your research into this topic as easy as possible, giving you the most relevant and recent papers to aid you in your study.
As well as Routledge journals' offering, Routledge have selected key eBooks which are also free to read.
So to start taking advantage of free research on Law around the world, click here to visit our exclusive page.
Posted by Antonio Zuccaro at 3:03 PM No comments:

Posted by Antonio Zuccaro at 2:59 PM No comments:

Email ThisBlogThis!Share to TwitterShare to FacebookShare to Pinterest
Labels: European Network on Law and Society (RED and S), journal

The relation between capitalism and colonialism has long been of interest to critical and radical geographers.  Although classic texts often presented the relationship between colonialism and capitalism in terms of a transition from the former to the later, today, radical scholarship emphasizes both the capitalist nature of formal colonialism, as well as the ways in which contemporary dynamics of capitalist accumulation are often predicated upon and/or intertwined with relations of coloniality. Critical legal scholars have demonstrated that law plays a significant role in justifying and creating the conditions and parameters for both colonial and post-colonial forms of accumulation; this panel asks how thinking about geography can expand this work.

This panel hopes to bring together scholars interested in the relationship between law, colonialism, and capitalism, broadly conceived.  We seek to create a venue for discussion and debate between scholars coming from different disciplines and subdisciplines and with varied political commitments.  We are especially interested in papers that consider the relations between law and processes of conquest, occupation, and racialization, as well as resistance, insurgence, and decolonization.  We encourage papers exploring sovereignty in capitalist and colonial legal orders, the legal status of indigenous and other peoples excluded from or adversely incorporated within statist legal regimes, and the status of non-state legal orders. We are also interested in the ways that capitalist and colonial relations have shaped legal concepts and geographies associated with property, contract, tort, labor law, family law, criminal law, human rights, the conflict of laws, public international law, administrative law, transitional justice, trade law, immigration, and corporate or business law, among others.

In addition, we invite papers on the following topics:

Interested participants should send abstracts of no more than 250 words to Joshua Barkan, Tyler McCreary or Reecia Orzeck no later than October 20, 2014.
Posted by Antonio Zuccaro at 2:44 PM No comments: 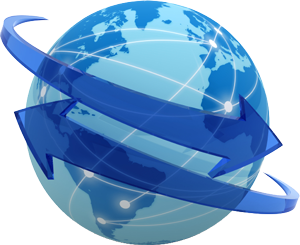 The World Society of Mixed Jurisdiction Jurists is pleased to announce a Fourth Worldwide Congress to be held at McGill University’s Faculty of Law (Montreal, Canada) from an opening evening reception and lecture on 24 June through 26 June 2015. The theme of the Congress will be “The Scholar, Teacher, Judge and Jurist in a Mixed Jurisdiction.”

Mixed Jurisdictions, as they are traditionally understood, stand at the crossroads of the Common law and Civil law. They also frequently encompass other ethnic and religious laws. Rich in legal history and complex pluralism, they are often seen as natural laboratories of comparative law.

The laws, methods, and institutions of mixed jurisdictions are inevitably affected by the influence and presence of different traditions vying for supremacy or requiring reconciliation. Their added complexity places special demands upon the training of judges and jurists, the staffing of courts, the teaching of private law, the research of scholars, and the task of law reform. To what extent have these challenges been met by the actors and institutions of mixed jurisdictions?

We propose to investigate these issues.

Proposals for papers on any topic related to mixed legal systems are welcome. They may be submitted by jurists from any jurisdiction, and by members and non-members of the Society alike. Proposals should be submitted to WSMJJ General Secretary Seán Patrick Donlan (sean.donlan@ul.ie) by 15 October 2014. They should not exceed 500 words and should be accompanied by a curriculum vitae of one page only. The time allocated for delivery of papers will be no longer than 20 minutes. Papers delivered at the conference will be considered for publication.

The Society regrets that it cannot cover travel expenses of participants in the Congress.

In addition, the International Academy of Comparative Law has circulated the following:

We have lost a wonderful person, one of the most experienced comparatists. Students and scholars from all continents were extremely impressed by his lectures and his publications. His unique book Legal Traditions of the World (Canada Prize 1998), as well as the quite original General Course he taught at The Hague Academy of International Law, will continue to be used all around the world.

Patrick’s early passing away is a great loss for our Academy to which he has always been genuinely committed. Discussions with him were highly illuminating and challenging.

On behalf of all Academy’s members, we would like to express our deepest condolences to Patrick's family, to the Faculty of Law of McGill University, and to the American Society of Comparative Law.