CALL FOR PROPOSALS: 50th Anniversary Conference of the Québec Society of Comparative Law

I think that I somehow failed to post the following call for proposals:


For nearly 50 years, the Québec Society of Comparative Law has brought together legal scholars, lawyers, judges and graduate students sharing an interest in comparative law. The Association’s main activities include organising an annual conference, awarding prizes for outstanding student works in comparative law, informing its members of upcoming events of interest and providing financial support to enable reporters from Québec to take part in congresses of the International Academy of Comparative Law. The Society has played an essential role in promoting the comparative study of legal systems and traditions.
To celebrate its 50 years of existence, the Society is organising a conference inviting a critical examination of its very mission: comparative law. The enduring presence of comparative studies in the legal environment is perhaps surprising: neither a field of law nor a discipline in its own right, comparative law continues to be an object of research and debate. This conference will serve to reflect on comparative law as a foundational endeavour by addressing topics and themes related to its past, present, and future. Proposals for the 50th Anniversary Conference might address one or several of the following themes, or even suggest others: 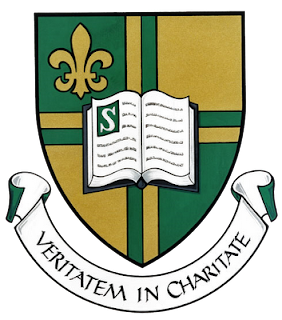 Proposals must include a title and summary (500 words maximum), with a short biography (250 words maximum), and be submitted by October 1st, 2010 to the President of the Society, Professor Nathalie Vézina (Nathalie.Vezina@USherbrooke.ca). The Scientific Committee will communicate its decision as of the month of December, 2010.

Speakers whose proposals are accepted by the Scientific Committee must be prepared to pay their conference fees, cost of travel and accommodation to attend the conference.

Financial assistance may be available to cover some of these costs, in accordance with the needs of individual speakers and depending on sources of funding.

Speakers will be invited to submit a paper for publication in the Conference proceedings.

Additional information will follow regarding the modalities of such publication.

All contributions may be in French or in English.

For further information : www.aqdc.qc.ca.
Posted by Unknown at 11:16 AM No comments:

I just received the following notice:

New York, Aug. 9, 2010—Columbia Law School has created the Center on Global Legal Transformation, which will examine the impact of new forms of governance in the wake of globalization.

The center will be led by Katharina Pistor, the Michael I. Sovern Professor of Law, an internationally recognized expert on comparative law and governance. She expects the center to serve as a think tank for academics from multiple disciplines to study the transformation of law in the context of globalization and “rethink these issues collectively.” Toward that end, the Center will host workshops and conferences, including one in the fall on globalizing property rights.

“We’re moving away from the nation-state model, yet do not have, and – critically – are unlikely to have in the foreseeable future, a fully developed global governance regime,” Pistor said.

To fill this void, Pistor said, governments, firms, NGOs, and other entities assert rule-making authority by, for example, establishing standards on food safety for transnational production chains, or developing model contracts for innovative financial products that are traded globally, or codes of conduct for multinational firms.

“Importantly, these instruments are effectively binding on others. This has serious implications for what law is, how law is made and how law is enforced, and what the distributional effects of law might be. I think we have to study this in a systematic fashion,” Pistor said.

The Center is also planning an interdisciplinary colloquium on governing interdependence. “The world is not integrating, but it has clearly become much more interdependent,” noted Pistor, who joined the Law School faculty in 2001.

It is an issue that gained prominence during the financial crisis two years ago when a crisis that originated in the U.S. housing market quickly spread around the world. Interdependencies are equally prominent in climate change, global public health, or terrorism.

“Conventional notions of governance are not very helpful when we actually observe the emergence of multiple, competing and partially overlapping governance regimes,” she said.

The colloquium will bring together academics from around the Columbia community to share research and develop new frameworks for analyzing global interdependencies.

Columbia Law School, founded in 1858, stands at the forefront of legal education and of the law in a global society. Columbia Law School joins its traditional strengths in international and comparative law, constitutional law, administrative law, business law and human rights law with pioneering work in the areas of intellectual property, digital technology, sexuality and gender, criminal, national security, and environmental law.