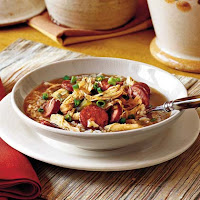 Juris Diversitas was founded in 2007. We're an international, interdisciplinary community of individuals interested in the mixtures and movements of law and norms.

Originally comparatists, we've opened up dialogues with anthropologists, geographers, historians, philosophers, and sociologists, both within the law and beyond.

We host an annual conference, have already published a number of volumes, and recently agreed a Book Series with Ashgate Publishing.
*

The Chief Blogger would be responsible for providing members and other blog readers with information on events, publications, etc related to our theme. In addition, they would have primary responsibility for guiding the blog into the future.

It is not expected that the work will not be especially onerous. The posting process is quite straightforward and no special computer skills are required.


Both professionals and graduate students will be considered.

Those interested should contact the Juris Diversitas President, Seán Patrick Donlan, at sean.donlan@ul.ie.
Posted by Unknown at 4:05 PM No comments:

JurisDiversitas is very pleased to announce that it has recently agreed a contract with Ashgate Publishing (UK) for a Juris Diversitas Book Series.

More information will be available in the months ahead, but the series is described as follows:

Note that special arrangements are also being made to provide the members of Juris Diversitas with discounts on publications in the Series.
Posted by Unknown at 11:46 AM No comments:

Ralf Michaels, ‘Code vs. Code: Nationalist and Internationalist Images of the Code Civil in the French Resistance to a European Codification’ (2012) 8 European Review of Contract Law (forthcoming):

French academics reacted to announcements about a possible future European civil code ten years ago in the way in which Americans reacted to the Japanese attack on Pearl Harbor 1940: first with shock, then with rearmament, finally with attempted counterattacks. Military metaphors abound. Yet the defense of the French Code Civil against a European civil code is tricky: they must defend one Code against another. The images drawn of codes are therefor of particular interest for our understanding both of civil codes and of legal nationalism. Often, two mutually exclusive images are presented at the same time. In cultural terms, the code civil is both traditional and revolutionary, both linguistically determined and independent of its language, both an expression of values and merely formal and neutral. Politically, the code civil is legitimated both in democracy and technocracy, it expresses both self-determination and imperialism, it is about both pluralism and universalism. Necessarily, in such juxtapositions, the same characteristics must be assigned to a European Code, making the arguments ultimately self-refuting. Nonetheless, the point is not to dismiss these defenses. Rather, they should be understood as expressions of faith — and the discussion over a European Code resembles, in part, a religious war.