CALL FOR PAPERS
Prolonged till January 15, 2018 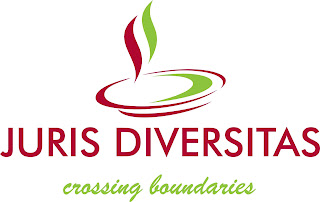 In partnership with
Faculty of Law, North-West University, Potchefstroom & the Centre for Comparative Law in Africa

The Theme:
A couple of lawyers’ old friends: ‘Sources’ and ‘Jurisdictions’. In their parlance, these notions are often associated to modern, ‘positive’ law.
The idea of ‘Legal formants’ has been introduced to complete the picture, flexibilising it, making it more accurate, nuanced, realistic; an idea associated to comparative, socio-legal, anthropologic studies.
With ‘Roots’ and ‘space’ geographers, historians, political scientists get involved. These are certainly less frequent notions in legal circles: we may still wish to make friends with them, to enrich our perception of legal phenomena.
‘Roots’ is often associated to history of law and related discourses – if legal formants may complete a picture, legal roots do complete the movie, so to speak.
‘Space’: an open notion, perhaps a non-notion in modern legal discourse, generic enough to include every spatial dimension of legal phenomena: dissemination of movie theaters and other forms of diffusion of the various show-biz products could be the appropriate metaphor here, including space law and virtual property.
A legal discourse that goes beyond the checkboards, or the series of juxtaposed swimming pools – Tetris-style – containing water from their respective individual sources, produced by modern, Westphalian conceptions of the law. It goes, instead, to normative forces producing their effects without a precise geographic boundary: like radio stations, magnetic or gravitational fields. Or like intricate sets of rivers, lakes, canals, ponds, infiltrated wetlands, oceans, weather, all contributing to a locally diversified but still unitary eco-system and bio-sphere of water, landscape, vegetation, fauna.
A discourse on normative forces and the fuzziness of their historic and geographic reach.
Submissions:
Panel proposals and interdisciplinary presentations are strongly encouraged, as is the participation of doctoral students and scholars from outside of the discipline of law. While parallel sessions featuring three presentations of twenty-minute each will be the pattern, we welcome creative arrangements.
Proposals should be in English or in French. Proposals of circa 250 words (or 1000 words for panel proposals with three or more speakers) should be submitted to Professor Salvatore Mancuso at: Salvatore.Mancuso@ac.ac.za or Professor Christa Rautenbach at: Christa.Rautenbach@nwu.ac.za by January 15, 2018, with a short biography paragraph listing major or relevant publications. Make this a single Word document with minimal formatting, so that proposal and biography can be copied easily into the conference program.
Registration Fees:
€200 or €125 for Juris Diversitas members paid up for 2018.
Special rate for young scholars under the age of thirty coming the first time and for scholars in developing nations: €150 or €75 for Juris Diversitas members paid up for 2018.
Note that fees do not cover travel, accommodation, or the conference dinner (€25).
Additional Information:
Information regarding accommodation options, travel, other conferences in South Africa, payment methods, etc. will be provided soon.
Posted by Olivier Moréteau at 11:47 PM No comments: