Juris Diversitas invites individuals and institutions to work with us. Check out our Blog and Facebook page, read about our publications and projects and our new Book Series with Ashgate (UK), and perhaps attend our inaugural annual conference this summer. You might even consider membership.
Posted by Unknown at 11:36 AM No comments: 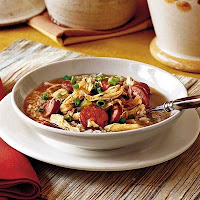 REMINDER: Book proposals are being sought for the Juris Diversitas Book Series with Ashgate Publishing:

Rooted in comparative law, the ... Series focuses on the interdisciplinary study of legal and normative mixtures and movements. Our interest is in comparison broadly conceived, extending beyond law narrowly understood to related fields. Titles might be geographical or temporal comparisons. They could focus on theory and methodology, substantive law, or legal cultures. They could investigate official or unofficial ‘legalities’, past and present and around the world. And, to effectively cross spatial, temporal, and normative boundaries, inter- and multi-disciplinary research is particularly welcome.

For additional information, contact Seán Patrick Donlan at sean.donlan@ul.ie.
Posted by Unknown at 10:29 AM No comments: 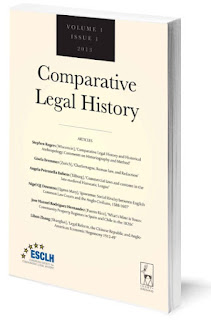 Articles are being sought for publication in Comparative Legal History (CLH), an international and comparative review of law and history.

CLH is the official journal of the European Society for Comparative Legal History (ESCLH) and is published by Hart Publishing (UK).

The journal is published, both online and in print, twice a year, appearing in the spring and the autumn. The first issue will appear in Spring 2013:

To submit an article please contact Articles Editor Heikki Pihlajamäki (heikki.pihlajamaki@helsinki.fi). The optimal length for articles is between 7500 to 15000 words, including footnotes. All articles are submitted to double blind peer review.

The Hart website also has information on the Editors (both the Editorial Staff and International Editorial Board), an Email alert service of the 'Table of Contents', and subscription information.

Note that a special arrangement between the ESCLH and Hart has been made to ensure that ESCLH membership fees include a subscription to CLH.

Potential contributors should pay special attention to the ‘Notes for Contributors’ on the website. In particular, contributors whose first language is not English are strongly advised to have their papers edited by native Anglophone scholars in advance of their submission to ensure a clear presentation of their ideas and an accurate appraisal of their work.

Spread the word.
Posted by Unknown at 8:30 PM No comments:

Each year the Society offers two prizes for outstanding published books by scholars in their early careers. The prizes will be presented at the annual dinner of the Society at the Annual Conference.  The value of the prizes will be £1,000 for the first prize and £300 for the second prize.  The judges may decide to award one prize or not to award a prize, or may decide to divide the whole sum or either prize between two winners. The judges will be the President of the Society, the Vice-President and the Immediate Past President.  They will be entitled to take advice from such professorial members of the Society as they see fit.

The following notice concerns the arrangements for the award of the Peter Birks Prizes for 2013.

It is expected that the publishers of the nominated books will provide three copies, one for each of the three judges, and these will not be returned. It is also the intention that after the full list of nominated books has been submitted to the Executive Committee, it will be placed on the Society’s website. The shortlist will also be placed on the website once determined by the judges, which should be one month before the Annual Conference.

The rules are strictly adhered to and are attached.  Particularly note the rules regarding membership of the Society, nomination and the need for the author’s consent.

Nominations, including the nominated books, should be sent to the Administrative Secretary, Sally Thomson, by 31 May 2013.

This event is free and all are very welcome to attend.

CALL FOR PAPERS: The Rule of Law with Chinese Characteristics in Transition

The objectives of the conference include three facets generally. The first objective is to provide a platform for scholars from different areas, and make the dialogue much more diverse and fruitful. Accompanied with much more openness of Greater China, more and more dialogues are needed for understandings and agreements among one another. The theme on the rule of law with Chinese characteristics is such a one needed to be explored and discussed for the future of China.

The third is to bridge the communications between China (including Hong Kong, Mainland China, Macau and Taiwan), North America, Europe, Australia and other countries and regions, so as to make Hong Kong academia know much more about the recent intellectual developments in these relevant areas. This would make the Centre for Chinese and Comparative Law, School of Law, City University of Hong Kong more open and leading in these areas potentially.

Issues to be explored during the conference:

If you are interested in participating in the conference, please submit the following in English to Ms Emily Chow, School of Law, CityU at wschow@cityu.edu.hk on or before 15 April 2013.

All speakers / paper presenters are expected to submit a final draft of their papers on or before 20 May 2013.

Vito Breda’s ‘Sharia Law in Catholic Italy: A Non-Agnostic Model of Accommodation’ in on SSRN:

The Italian Constitution and its interpretation by the Constitutional Court have led to the development of a model of accommodation of religious practices that seeks to balance a commitment to promoting religious pluralism whilst, at the same time, maintaining the neutrality of state institutions. What is distinctive about this quasi-neutral constitutional stance is the commitment to reducing the discrepancies between the legal and religious effects of key life decisions (e.g. the decision to get married). I call this stance positive secularism. In this essay, I would like to show that, thus far, positive secularism has been particularly effective in accommodating the demands of Muslim immigrants (Pacini 2001). For instance, some aspects of the Sharia law, such as marriage (including some effects of polygamous marriage) and divorce (including some effects of unilateral divorce), are already recognized by Italian international private law. The second stage for the accommodation of Sharia law in Italy is likely to be the recognition of Islam as one of Italy’s official religions. Recognition will increase the level of the Islamic communities’ autonomy and will allow for the automatic recognition of some aspects of Sharia law. In February 2010, the Italian government established the Committee for Islam, composed of representatives of Italian Islamic communities, within the Ministry of Interior Affairs. In the recent past, these types of dialogues between institutions and religious representatives have been the proxy for the official recognition of nine faiths in Italy. Waldensian Evangelical Church, the World Assemblies of God Fellowship, the Evangelical Baptist Church, the Lutheran Baptist Church, the Apostolic Church, the Church of Jesus Christ of the Latter-Day Saints, the Adventist Church, the Greek Orthodox Archdiocese of Italy, Hebrew Communities of Italy. The chapter is divided into two sections, which is preceded by an introduction, and followed by a conclusion. The first section will discuss the judicial introduction of Sharia law via the procedure of Italian international law. The second section will explain the advantages of the recognition process and the reasons that have prevented Islamic communities from benefiting from it.
Posted by Unknown at 8:08 PM No comments:

The Conference will highlight the legal, socio-economic and commercial challenges faced by the legal profession in Commonwealth jurisdictions and provide an opportunity to exchange information and learn from this. Delegates from all Commonwealth countries will have an opportunity to network, exchange views, experiences and possible solutions in the breathtaking shadow of Cape Town’s Table Mountain – one of the New 7 Wonders of Nature.

Four International keynote speakers will open each day, supported by a full day educational programme. The four main streams for this year’s programme will be: Corporate and Commercial Law; Legal and Judicial Profession; Constitutionalism Human Rights and the Rule of Law; and Contemporary Legal Topics. Choose the subject which suit your needs and meet other practitioners during the morning and afternoon breaks or over lunch (included in your registration) or join our Gala Dinner at the unique Moyo restaurant in the Cape winelands.
Posted by Unknown at 7:59 PM No comments:

I received word earlier today that Professor Vernon Palmer, President of the World Society of Mixed Jurisdiction Jurists and a member of our star-studded Advisory Board is to receive an honorary doctorate in Paris:

Professor Vernon Valentine Palmer of the Tulane Law School will be awarded an honorary doctorate by the President of the Université Paris-Dauphine on March 27th in Paris.

The title Doctor Honoris Causa is one of the most prestigious distinctions conferred by French universities upon foreign scholars with the approval of the French Foreign Affairs Ministry.

Professor Palmer will receive the doctorate “in consideration of his very important contribution to Comparative Law and for a better understanding between common law and civil law, not only in Louisiana and the USA, but also beyond the borders, in Asia and Europe.”

We add our sincere congratulations for a well-deserved honor.
Posted by Unknown at 9:47 PM No comments:

Email ThisBlogThis!Share to TwitterShare to FacebookShare to Pinterest
Labels: notice

The following are a few of the new titles recently published by Hart:

See below for additional information.
Read more »
Posted by Unknown at 9:30 PM No comments:

The latest Transnational Legal Theory (Hart Publishing) has been published.

Theorising Global Governance Inside Out: A Response to Professor Ladeur - Sujith Xavie

Posted by Unknown at 7:50 PM No comments: