NOTICE: Identity and Otherness: Dealing with Difference without Borders Conference


Identity and Otherness: Dealing with Difference without Borders
University of Birmingham, College of Arts and Law Graduate School
28th May 2010

The law panel, one among many, includes:
• Fiona Batt, University of Bristol, “Ancient Indigenous Deoxyribonucleic Acid (DNA) and Intellectual Property Rights”
• Luke Butler, University of Birmingham, “Putting Lawyers in Boxes: “You are Either One of Us, One of Them or One of the Other” – Conflicts of Norms and Legal Cultures”
For any enquiries or for further information, contact: Claire Peters (cim951@bham.ac.uk) or Sarah Botfield (SJB923@bham.ac.uk)
Posted by Unknown at 10:57 AM No comments:

Applications are currently invited for one or more entry-level tenure-track professorship positions at the Faculty of Law, McGill University.

ABOUT THE FACULTY OF LAW:

The Faculty of Law at McGill University was established in 1848. Through its research programs and pedagogical initiatives, it reflects a central commitment to the study of legal traditions, comparative law and the internationalization of law. In conjunction with this overarching mission for the study of law at McGill University, four areas of academic priority have been identified by the Faculty: Transsystemic Legal Education; Trade, Mobility and Enterprise; Public Policy and Private Resources; and Human Rights and Legal Pluralism.

The Faculty of Law is offering one or more entry level, tenure-track professorships in Law and invites applications from candidates with a strong commitment to innovation and excellence in teaching and research, and who will make a creative contribution to the governance of the Faculty and the University. These appointments are expected to start either on January 1 or July 1, 2011.

Candidates must envisage teaching and research in several substantive fields of law and we encourage diverse approaches to law, legal research and legal education. Given the competitive nature of the applicant pool, candidates without a doctoral degree are unlikely to be considered. The bilingual environment of our Faculty requires that successful candidates be able to evaluate written and oral work presented in both English and French.

Applications, including a detailed cover letter, a curriculum vitae, up to three samples of published research and the names and addresses of three referees, are now being accepted for this competition and must be submitted no later than September 15, 2010. Applications should be addressed to:

Applications should be sent by electronic mail to: linda.coughlin@mcgill.ca

Alternatively they may be mailed to this address:

For more information and to see the complete postings, visit: http://www.mcgill.ca/law/employment/
Posted by Unknown at 8:50 AM No comments:

A symposium on Mediterranean law will take place on 11-12 June 2010 in Malta. 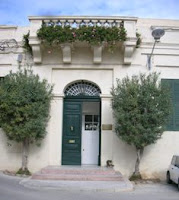 Friday’s activities will be held in Villa Parisio in Lija and are sponsored by the Strickland Foundation. Registration will start at 4:30 pm; the symposium begins at 5 pm. A plenary paper will be presented by Professor Olivier Moréteau (Director of the Center for Civil Law Studies at the Paul M Hebert Law Center of Louisiana State University). A reception will follow at 7 pm.

Saturday’s activities will be held at the Old University Building in Valletta. Registration will begin at 8:40 am; the symposium will begin at 9 am and end at 7 pm. A light lunch will be provided onsite from 1-2 pm (sponsored by the Department of Civil Law of the Faculty of Law of the University of Malta). The afternoon will include additional sessions, the launch of the 'Mediterranean legal hybridity' project, and a walking tour of Valletta. A light reception (sponsored by the Maltese Ministry of Justice) will be held from 7 pm.
A tour of Mdina is being organised for Sunday. 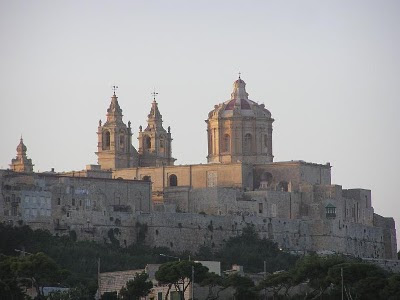 A Call for Papers has been announced for the Commission of Anthropology of the Middle East, IUAES (International Union of Anthropological and Ethnological Sciences) Inter-Congress from 3–6 October 2010 in Antalya, Turkey.

NOTICE: Law and Culture - Meaningful legal pluralism in the Pacific and beyond (Vanuatu)

A conference on 'Law and Culture: Meaningful Legal Pluralism in the Pacific and Beyond' will be hosted by the USP School of Law, Emalus Campus in Port Vila, Vanuatu from 30 August-1 September 2010.


The Call for Papers and Posters reads:
The question of how to make law operate effectively whilst remaining culturally appropriate is critical for all Pacific islands.

In the Pacific, where much law is now made by local Parliaments we are moving beyond the immediately post-colonial discourse of law as “imposed by foreigners” but the position of State law within society is still not clearly situated. The uneasy relationship between law and culture is giving rise to a number of pressing contemporary issues so a conference on this topic is very timely.
These issues are shared by many post-colonial States. Internationally the recognition (that may/should be) given to indigenous peoples by State law is evolving, particularly following the adoption of the United Nations Declaration on the Rights of Indigenous Peoples in 2007, so the issues facing Pacific islands have global resonance.

The issues that this conference gives rise to are not only legal. Legal pluralism is a topic that is inherently interdisciplinary, and developing “meaningful legal pluralism” requires conversations across a range of disciplines. Pacific scholars from other subject areas, including anthropology, development studies, governance and political studies are encouraged to attend this conference.

Papers and posters that explore any aspect of the relationship between State law and other norms that may regulate society, including customary law, are welcome. Some potential areas are listed below:

These areas are only examples, and are not intended to place limits on the subjects discussed at the conference.
As the conference organizers are committed to the development of young Pacific scholars, students and early career researchers from a range of disciplines are particularly encouraged to participate.
Abstracts are due by 25 June 2010.
For further information, including information on how to submit, and presentation and poster guidelines see the conference website http://www.paclii.org/law-and-culture/.
Posted by Unknown at 10:07 AM No comments:

The latest German Law Journal has been released.

See especially Derek McKee's review of Emmanuel Melissaris' Ubiquitous Law: Legal Theory and the Space for Legal Pluralism.
Posted by Unknown at 9:23 AM No comments:

CONFERENCE AND JOURNAL LAUNCH: Crossings - The Nexus of Migration and Culture

I received the following announcement about a conference and journal launch linked to Queen Mary (London)'s Centre for the Study of Migration:

This two-day conference celebrates the launch of Crossings: Journal of Migration and Culture (Intellect Publishers) based at the Centre for the Study of Migration. The conference will cover key thematic and theoretical areas that emerge from the nexus of migration and culture, when examined from diverse interdisciplinary perspectives. Speakers will interrogate questions of cultural migrancy, as well as of cultural identity and representation in the context of migration.

Areas of theoretical enquiry will include borders, diaspora, cultural difference and cultural memory, transnational connections and hybridity from disciplines as diverse as Law, Medicine, Politics, English, Development Studies, Museum Studies, Film Studies, Gender Studies and Anthropology. The conference will further count on the participation of those working creatively in the culture industry on aspects of migration, so as to foment dialogue between the latter and the academy.

Invited artists:
- Poets, including: Choman Hardi, John Siddique
- Photographer/artist/curator: Shahidul Alam, founder/director of the Drik picture agency and of Pathshala, the South Asian Institute of Photography, Dhaka, Bangladesh, as well as of Chobi Mela, the festival of photography in South Asia. Shahidul Alam will show Under the Shade of the Banyan Tree, a short film that he made on migration and will offer a talk on his work on ?Migrant Lives.?
- The conference will end with a Poetry Fest, where the invited poets will offer readings and discussions of their work.

Please note that to enable us to make the conference free, we can only offer refreshments and meals to the speakers. Others attending can find many good-quality, reasonably-priced options on and around the campus.

If you will need to stay over, the Queen Mary University website offers some information on accommodation in the area. A list of hotels is available at http://www.residences.qmul.ac.uk/alternative//hotels/index.html

There is also information about other options in the area at: http://www.residences.qmul.ac.uk/

Please do get in touch if you have other questions.

Tendayi Bloom,PhD student, School of Law
Research Associate, Centre for the Study of Migration Queen Mary University of London
http://www.law.qmul.ac.uk/people/research/bloom.html
Posted by Unknown at 9:08 AM No comments: