Edited by Clive Walker
Contingency planning and resilience are of prime importance to the late modern risk society, with implications for law and for governance arrangements. Our risk society continues to seek ever more complex and detailed risk mitigation responses by law, including the UK’s Civil Contingencies Act 2004 and the US Homeland Security Act 2002, which respond to counter-terrorism, natural catastrophes, and other risks.

This book seeks to analyse and criticise the legal developments in contingencies and resilience on a comparative basis, which engages with not only law and constitutionalism but also political theory and policy, including relations between public and private, national and local, and civil and military. Two transcending themes are of interest. One is institutional or structural – what bodies and power relations should we establish in a late modern world where Critical National Infrastructure is mainly held in private hands? The second is dynamic and concerns the grant of powers and arrangements for live responses. Both aspects are subjected to a strong critical stance based in 'constitutionalism', which demands state legitimacy even in extreme situations by the observance of legality, effectiveness, accountability, and individual rights. This book was originally published as a special issue of the International Journal of Human Rights.
Click here for further information.
Posted by Antonio Zuccaro at 4:25 PM No comments: 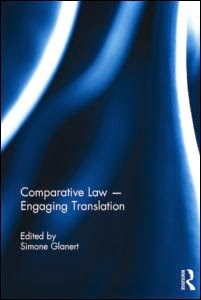 Edited by Simone Glanert
In an era marked by processes of economic, political and legal integration that are arguably unprecedented in their range and impact, the translation of law has assumed a significance which it would be hard to overstate. The following situations are typical. A French law school is teaching French law in the English language to foreign exchange students. Some US legal scholars are exploring the possibility of developing a generic or transnational constitutional law. German judges are referring to foreign law in a criminal case involving an honour killing committed in Germany with a view to ascertaining the relevance of religious prescriptions. European lawyers are actively working on the creation of a common private law to be translated into the 24 official languages of the European Union. Since 2004, the World Bank has been issuing reports ranking the attractiveness of different legal cultures for doing business. All these examples raise in one way or the other the matter of translation from a comparative legal perspective. However, in today’s globalised world where the need to communicate beyond borders arises constantly in different guises, many comparatists continue not to address the issue of translation. This edited collection of essays brings together leading scholars from various cultural and disciplinary backgrounds who draw on fields such as translation studies, linguistics, literary theory, history, philosophy or sociology with a view to promoting a heightened understanding of the complex translational implications pertaining to comparative law, understood both in its literal and metaphorical senses.

Click here for further information and to buy this book.
Posted by Antonio Zuccaro at 4:19 PM No comments:

A core legacy of the Continental juridico-political tradition is the methodological commitment to the idea that law and politics are inextricably tied to one another. On the one hand, law has to be studied in the light of the concrete political dynamics, social forces, and societal movements that make law what it is. On the other hand, the analysis of political processes should be coupled with the study of the legal techniques through which politics exerts its effects on social reality.
The series aspires to promote works that use the nexus “law & politics” as a prism that allows understanding societal dynamics beyond the deep-seated borders separating purely legal from purely political methodologies. It welcomes theoretically informed and empirically grounded analyses that foster the development of theory in the study of juridico-political processes.
The qualifier “Continental” signifies not so much a geographical or socio-historical feature as a methodological one. The approach that the series aims to promote, regardless of the nationality of prospective authors, materializes at the intersection between the vocabularies and methodologies of legal and political theories. In other words, the starting point of this approach is that the interplay between legal and political processes provides a precious lens to observe and comprehend contemporary societal phenomena.
More specifically, submissions exploring the following themes are welcomed:
This interdisciplinary series welcomes monographs and edited volumes that engage with the conceptual and empirical questions detailed above and discussions of how the contamination of jurisprudential and theoretical-political approaches helps illuminate current national and global processes.
Click here for further information.
Posted by Antonio Zuccaro at 4:13 PM No comments:

From Pat Barker’s novel Blow Your House Down (1984) to Alan Moore and Eddie Campbell’s graphic novel From Hell(1999) and Alecky Blythe and Adam Cork’s stage musical London Road (2011), artists, writers and film-makers have explored the collective memory and cultural meaning of crimes against women, both past and present. This interdisciplinary conference will bring to together researchers and practitioners from the arts, humanities and socials sciences to explore questions of narrative and crime in relation to violence against women, as well as addressing themes relating to women, crime and justice more broadly.
This conference will critically explore the growing recognition within the social sciences of ‘popular’ criminological texts (Rafter, 2007) - such as film, TV drama, crime fiction, true-crime  - as valid social documents, which shape both public and academic understandings of crime, justice and victimization, and offer alternative means of engaging with criminal events and ‘knowing’ about crime. This conference aims to explore how these ‘differing spheres of representation’ (Brown, 2003) deal with violence against women, reflecting on the relationship between academic and cultural texts (Wakeman, 2011), and the privileging of particular texts as a means of conveying feminist messages relating to misogyny, violence and victimhood.
We welcome abstracts (250 words) for 20 minute papers from researchers and practitioners working in the following fields: criminology; sociology; English; film and media studies; theatre and performance studies; the visual arts; women’s, gender, queer and transgender studies.
Themes for papers may include but are not limited to:
·         Feminism, violence against women and social media
·         Visual criminology
·         Crime, place and myth
·         True crime
·         Narrative criminology
·         Fiction, film, television drama, graphic novels, computer games, visual arts, performing arts
·         The politics and ethics of fictional reconstruction
·         Violence, intersectionality and difference
·         Genres of crime narrative – detective / crime fiction, historical fiction, documentary, creative non-fiction

This event is part of a British Academy funded project at Teesside University; the project explored the significance of the Yorkshire Ripper murders for those living closest to them and highlights how a range of narratives offered by the social sciences, true crime and crime fiction represent themes of misogyny, violence against women and fear of crime.
Abstracts (250 words) and brief author profiles should be submitted to wnccon@tees.ac.uk by 15th April 2015.
Posted by Antonio Zuccaro at 9:52 AM No comments:

We're pleased to announce that one of our plenary speakers will be Professor Brian Tamanaha (Washington University, St Louis). As his faculty profile reads:

Professor Brian Z. Tamanaha is a renowned jurisprudence scholar and the author of eight books and numerous scholarly articles, including his groundbreaking book, Beyond the Formalist–Realist Divide: The Role of Politics in Judging. His articles have appeared in a variety of leading journals, and his publications have been translated into eight languages. Also an expert in law and society, he has delivered lectures in Brazil, Indonesia, Japan, France, the Netherlands, Colombia, Singapore, Australia, Canada, and the United Kingdom. He spent a year in residence as a Member of the Institute for Advanced Study in Princeton. Professor Tamanaha is the recipient of several book prizes and awards, including Professor of the Year, and a frequent speaker and lecturer at legal conferences throughout the United States and abroad. His professional affiliations include serving as a past member of the Board of Trustees of the Law and Society Association. Before becoming a law professor, he clerked for the Hon. Walter E. Hoffman, U.S. District Court for the Eastern District of Virginia. He also practiced law in Hawaii and Micronesia, where he served as legal counsel for the Micronesian Constitutional Convention, Assistant Attorney General for the Yap State, and Assistant Federal Public Defender for the District of Hawaii. He then earned a doctorate of juridical science at Harvard Law School. 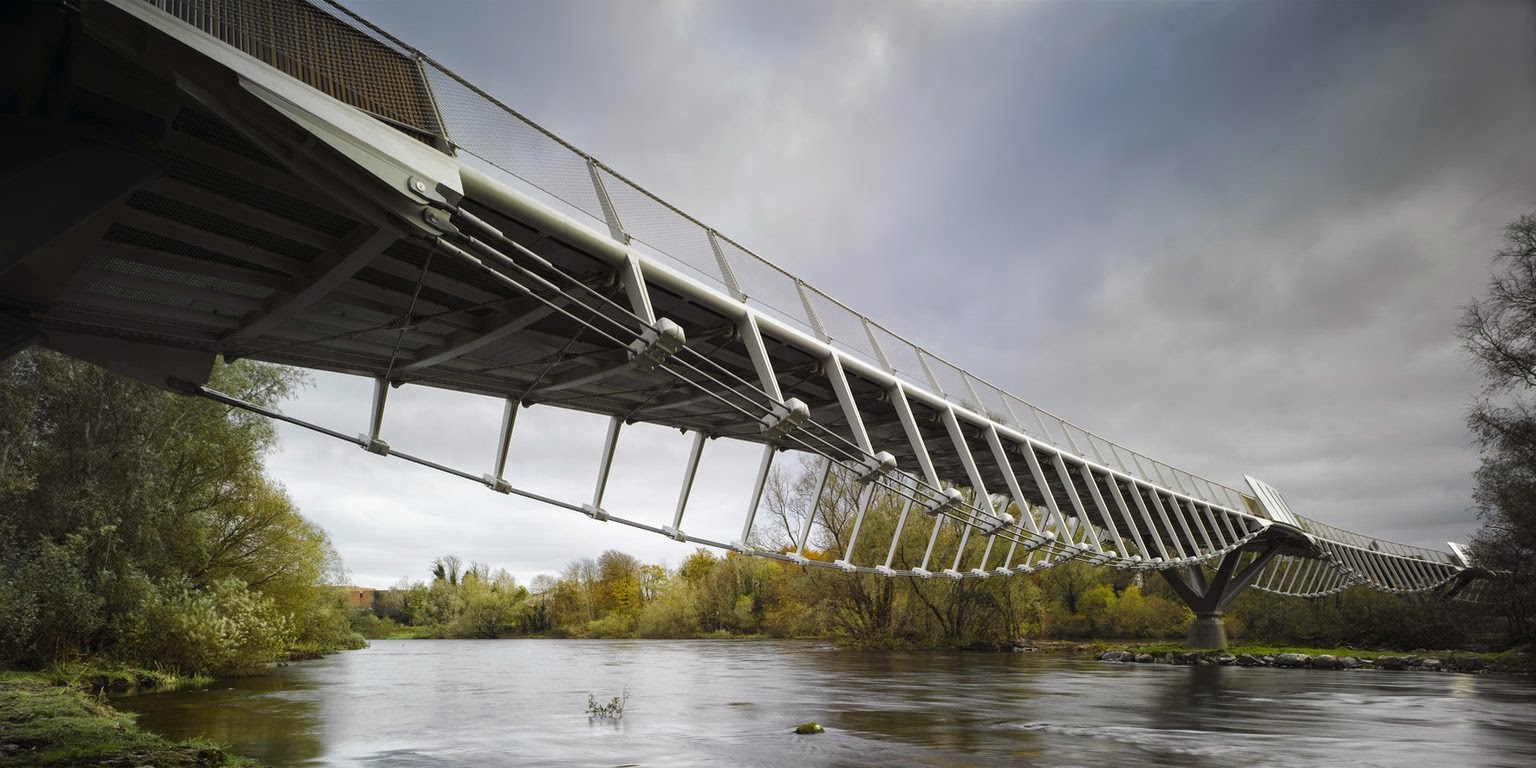 [Note that the Irish Society of Comparative Law annual conferences will be held in Limerick immediately afterwards. Its theme is ‘Comparative Law: From Antiquity to Modernity’ and the same proposal may be submitted for both conferences. See here.]

Proposals should be in English or French. Proposals of c250 words (or 1000 words for panel proposals) should be submitted to Olivier Moréteau at moreteau@lsu.edu by 28 February 2015, with a short biography or resume (c250 words). Please send Word documents only, with minimal formatting.

Registration fees are €200 (€125 for Juris Diversitas members paid up for 2015). Membership and fee payment information is available on the Juris Diversitas Blog (http://jurisdiversitas.blogspot.ie/). Note that fees don’t cover travel, accommodation, or the conference dinner (€50).
Posted by Unknown at 12:34 PM No comments: