OPINION: Fictions and Fecklessness (On the Proposed Abolition of the Upper House of Parliament in the Republic of Ireland) 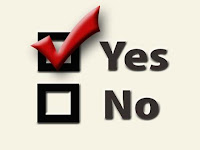 NOTE: The following paper relates to the current debate in the Republic of Ireland about whether or not to abolish its upper house of parliament (the Seanad). I include it here both because I believe that it might be of interest to many of you and because the referendum occurs this Friday and I wanted to make the text available. This version is the latest of those I've delivered at public debates on the subject. My more extended treatment of the subject is available here and here. For more information on the referendum, see here. - SPD

I’m not a party political man, but I’m a democrat to the bone. The Seanad is an irredeemable institution and an insult to the principles of our republic. Its failings include:

The fact that the Seanad is also unnecessary and unfit for purpose is only more damning.

For a more egalitarian republic and a more direct democracy, the Seanad should be abolished so that we can turn to more important matters, not least real reform of the Dáil, our democratic chamber. But abolition is no mere sideshow and serious parliamentary reform is dependent on sorting out its place in our constitutional order.

In short, the Seanad’s flaws are too fundamental to be fixed. We might tinker with its vocationalism, elitism, or patronage, though few on the NO side are committed to even these modest changes. But the Seanad is also redundant and even anti-democratic.  To meaningfully widen its electorate would duplicate the Dáil’s popular mandate. The result could be gridlock and conflict between the houses over which chamber actually represents the people. And broadening the Seanad’s brief can only occur at the expense of our democratic chamber. They’d hardly agree to this. Nor should they.

Along with a majority of the people, both Government and opposition parties support abolition: Fine Gael, Labour, Sinn Féin, and the Socialist Party. Not surprisingly, Fianna Fáil, the coalition’s perennial opponent, opposes them. In fact, except for Senators desperate to save their cushy seats, only other ghosts of Governments past are allies (ie, the Green Party and the PDs). Indeed, it’s no coincidence that those most sceptical of a more direct democracy, and of the Dáil itself, are those most recently denied parliamentary power by the people. No wonder they don’t trust them.

And, to my deep disappointment, there are also well-meaning fellow progressives who want to hold onto the Seanad to advance their politics without the hard and messy work of real democracy. This odd alliance is at once patronising towards the people and cynical in their campaign and condescending towards the people and defeatist about our ability to govern without the minders of the Seanad. In short, they don’t trust us or our democratic representatives.

In the NO crowd’s campaign of misinformation, they’ve spared no effort in whipping up paranoia about abolition, madly dashing everywhere to shout that ‘the sky is falling, the sky is falling’.

I’m not suggesting that the YES side is snowy white. It isn’t. The cost and number of our parliamentarians, the public focus of the Government campaign, is irrelevant. Our citizens would pay for good government. The coalition ought to have done better and acted more honourably.

But even today, the NO side has made vulgar comparisons between our Government and communism and fascism, between our Taoiseach and Kim Jong-un or Mussolini. And ‘Democracy Matters’, the leading group on the NO side, whose name is worthy of the doublethink of George Orwell’s 1984, suggests that a people’s free vote on the content of their Constitution is the equivalent of trampling on that document. This isn’t to be taken seriously. The amendment won’t bring constitutional crisis or autocracy or asteroids or plague or the end of days. It’ll hardly be noticed.

For example, the Seanad has never been a check on anyone. It was never meant to be and it should not be. The President, the courts, and general elections are our constitutional checks against legislative power. Most constitutional changes related to the referendum are mere editing. The NO side’s scaremongering about Articles 27 and 29 is spurious.

Similarly, the belief that our whip system is too strong, and it is, has nothing to do with the Seanad. The whip is a political, not a constitutional, matter. Insofar as it can be changed, only Dáil reform is relevant. If anything, abolition will remove a Taoiseach’s power to reward cronies with cushy jobs in Senate seats. And there will be higher thresholds for impeachments of judges and the President. Those are real, practical checks on the Government.

And the Seanad is unnecessary. One house of parliament works well throughout the world for states like ours. With minor alterations, unicameralism provides the heightened scrutiny and deliberation in law-making that we desire. And it would do so with a single mandate from the people through our genuinely democratic general elections. There’d be no tug-of-war between chambers.

Bicameralism can make sense where it’s used to represent distinct territorial units or cultural groups. But as a small, unitary republic, there’s no reason for it here.

But the biggest lie of the NO side is as much their self-deception as their con. Not only is reform not on the ballot, but there has never been, and there is not now, any consensus on reform. At least four different polls have confirmed this in the last month, including one today. Those supporting reform make up 29% of the population, only two points above the number of undecided in this referendum; a mere 36% of those intending to vote. And those numbers have to be divided between at least six reform schemes, the largest two of which are fundamentally contradictory.

And we should be very grateful because the NO side want to solve the real problems of our republic with gimmicks and fantasy, even though that’s how we bungled the creation of the Seanad back in the 1930s. This is exciting perhaps, but the stuff of daydream and, with respect, the thought questions of undergraduate exams. In addition, the best-known schemes of current Senators and their patrician allies, still perpetuate the fiction of vocationalism, the elitism of university set-asides, and political patronage. They’re barely reforms at all. There most novel in their attempt to give special representation for special interests, but this neo-vocationalism has succeeded nowhere.

Ironically, the most radical scheme is that of Fianna Fáil itself, though no one is talking about it. This is true because it’s unworkable and because it conflicts fundamentally with the pet schemes of their own allies. But it hardly matters. There’s no reform consensus and not a word of it will become law. And I say this with optimism, the realism of a democrat who wants a more egalitarian republic and a more direct democracy than any of the so-called reforms provide for.

In conclusion, the Seanad must be abolished. It’s elitist, undemocratic, and wholly unnecessary. It shouldn’t be tolerated in a republic.

But it’s important to remember that abolition takes effect after the next general election. Government reforms already proposed, on Dáil committees and gender quotas, have real practical, potential. But like others, I believe that more can and should be done. It’ll be in the interest of the coalition, in the aftermath of a YES result, to show itself to be serious about Dáil reform.

And there’s so much potential for this, rooted not in speculative schemes, but in established political science. I hope, in future, to work alongside those who are now my opponents in this debate, to ensure meaningful Dáil reform. To hold the coalition’s feet to the fire. And if this coalition, or future Governments of any political persuasion, fails to deliver, we can always dump them, as we did, belatedly perhaps, with the last Government. That’s as it should be. That’s the ‘terrible beauty’ of democracy.

Our republic doesn’t need Seanad minders, but a more active and engaged citizenry. We need a more direct, unicameral democracy—not buck-passing bicameralism—to pressure our public representatives to do our bidding. Oversight of our politicians is our responsibility as citizens. And, unlike the NO side, I have faith that the Irish people can do this.

Don’t be conned. A NO result is a vote for the status quo. Vote YES for real change, and then make it happen.
Posted by Unknown at 8:48 AM No comments: