In this volume, Professor Deakin and Professor Pistor include those key articles which highlight the major contributions to, but also the inherent limits of, the legal origin literature. They consider the merits of this approach in the context of three fields of inquiry: the study of comparative law; the analysis of the relation between law and markets; and the understanding of the role of legal systems in social ordering.

In their thought-provoking new introduction, the editors discuss the modifications to the original legal origin hypothesis over time and point the way for the future development of this influential, yet controversial, theory.

I confess that I’m sceptical of the theory, but there are some fine articles in the collection, including:
Read more »
Posted by Unknown at 3:37 PM No comments:

The Legal Theory and Legal History Research Group of the Department of Law of Queen Mary, University of London will hold a very exciting conference from 12-13 April 2013.

Its theme is 'Legal Theory and Legal History: A Neglected Dialogue?':

Apart from some notable exceptions, much of contemporary legal theory is uninformed by history, including legal history. This is deeply regrettable, for legal theories may be vastly improved by being informed, and perhaps more importantly, challenged by historical contexts. Theories of law, one might say, are better if they are forged at the coal-face of historical research. Similarly, one could argue that legal histories are better when they draw on, and themselves contribute to, the conceptual resources of legal theory.

Somewhat more radically, if one agrees law does not have a nature, but a culture, then one must account for how the culture of law changes, and has changed, over time. This, by necessity, demands a historically-informed methodology. Similarly, the problem of change is an unavoidable one in legal theory, whether that be change in legal regimes or changes in certain areas of the law – here, again, the resources of history, including the philosophy of history, are invaluable. Putting things a little more colourfully, one could say that legal ideas cannot but be understood historically.

Further, legal theory has, of course, its own history: legal theories are not disconnected islands, but rather interventions in a long series of dialogues and polylogues amongst theorists. As many have observed, and described, legal theory’s history needs to be informed not only by such dialogues and polylogues amongst theorists, but also by awareness of the theorist’s immersion in political, economic and other conditions of his or her time and place – there, once more, a serious engagement with history is important.

This conference - the annual conference of the UK Branch of the IVR - is designed to bring together legal theorists and legal historians (including historians of legal theory and political thought) in an attempt to facilitate and encourage dialogue between the two disciplines.

The Call for Papers:

is issued for the open paper sessions. A group of selectors from the Legal Theory and Legal History Group at Queen Mary will select papers based on abstracts. Abstracts are to be no longer than one A4 page, and should include the name and affiliation of the author(s). 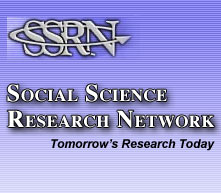 This Article generates a data set (twelve courts and thirty-two decisions) of foreign judicial citations to the landmark U.S. Supreme Court decision in Brown v. Board of Education. The purpose of this Article is to learn what happens when a case is deterritorialized and reconstituted in a different national scenario, and to conceptualize how courts around the world use foreign authority. Analysis reveals that few foreign courts used Brown in decisions involving education or race and ethnicity. Foreign courts used the case as a form of factual evidence, as a guide in understanding the proper role of a court with respect to decision making, and as a source of substantive law in discussions on equal protection. Specifically, the article illustrates the ways in which justices on both the New Zealand Court of Appeal and the Constitutional Court of South Africa used Brown in discussions of same-sex marriage. Although central to comparative law, the legal transplant metaphor does not adequately explain the transnational use of Brown. By incorporating sociological theories of diffusion and innovation, the article attempts to reconcile some of the flaws of the transplant metaphor and argue that conceptualizing judiciaries’ use of foreign law as a cosmopolitan conversation is more appropriate. Cosmopolitan conversation has led to forms of legal learning and innovation when courts have cited, interpreted, and infused their own meaning into the Brown decision.