NOTICE: The International Encyclopaedia of Laws

The latest newsletter of The International Encyclopaedia of Laws is available here:
The International Encyclopaedia of Laws is more than an academic dream of 1400 scholars & practitioners from some 110 countries and international organisations. Indeed, The Encyclopaedia are now on line, in easy reach of everybody, world-wide. We live in a global society with global information needs. We are happy to make a contribution, especially now that IELaws are on line, in easy reach of all. Professor Roger Blanpain, General Editor,
Professor Michele Colucci, Associate General Editor
Posted by Unknown at 5:05 PM No comments:

CONFERENCE: International Congress on: Global-regional-local. Institutions, relations, networks. Past and future of the sociology of law

International Institute for the Sociology of Law

International Congress on: Global-regional-local. Institutions, relations, networks. Past and future of the sociology of law

In May 2014, the IISL will celebrate its 25th anniversary. The IISL was founded jointly by the Basque Government and the RCSL, and we would like to celebrate this unique and highly successful relationship. Since its foundatiohttp://www.iisj.net/iisj/de/call-for-papers-and-panels.asp?dminid=_NDcqKjEwXzEwXzIwMTMjI00uQS5TaW1vblRob21hc0BjZWRsYS5ubA&cod=7968&nombre=7968&prt=1n, the IISL has become the home of the international sociology of law community. In addition, through our Masters programme, workshops, congresses, library and visiting scholars, we have directly contributed to the development of sociology of law locally and internationally.

We would like to celebrate our anniversary through an international congress that reflects upon and further develops the synergies between the different layers of the IISL´s communities: international, regional and local, in all of their institutional dimensions. We wish to toast our successes, and we especially invite all of our former students, teachers and visitors to return to Oñati. We also want to critically examine the nature of sociology of law in its many institutional dimensions, and to discuss the challenges for the future.

To that end, we invite abstracts on all topics connected with the general theme of the congress but specially welcome on the themes as numerated below:

Email ThisBlogThis!Share to TwitterShare to FacebookShare to Pinterest
Labels: conference, Oñati International Institute for the Sociology of Law

SYMPOSIUM: Paul Scholten from the perspective of Comparative Legal Theory 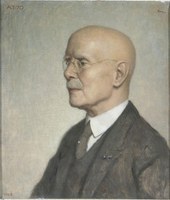 SYMPOSIUM: PAUL SCHOLTEN FROM THE PERSPECTIVE OF COMPARATIVE LEGAL THEORY
15 NOVEMBER 2013
UNIVERSITY OF AMSTERDAM
For the occasion of the launch of the new website, a Symposium is being organized: Paul Scholten from the perspective of Comparative Legal Theory, hosted by the Paul Scholten Research Centre of the University of Amsterdam. As well as two members of the Editorial Board of the project, there will be three speakers from foreign institutes, who have shown a continued interest in the project during the past two years and who want to cooperate actively in the near future to achieve an international collaboration on comparative legal theory on the website.
Posted by Unknown at 1:53 PM No comments:

The World Bank Law, Justice and Development Week (LJD) 2013, part of the Global Forum on Law, Justice and Development (Global Forum) where ABA International is a Founding and Intellectual Partner, is November 18-22, 2013. LJD Week 2013 will explore how law and justice concepts, tools and knowledge can be used to improve development delivery and help translate the values of voice, social contract and accountability into development impact. Members of the ABA and ABA International have worked through the Global Forum on various sessions discussing the environment, natural resources, insolvency, public-private partnerships, justice and rule of law reform.

This year's LJD Week is structured around three clusters of events addressing global, regional and institutional issues:
For more information about the conference, please visit www.worldbank.org/ljdweek2013.

Email ThisBlogThis!Share to TwitterShare to FacebookShare to Pinterest
Labels: Event

Edward Elgar has announced the following new titles in 'Legal Scholarship':
Posted by Unknown at 9:49 PM No comments:

Jan Smits' 'Three Models of Legal Education and a Plea for Differentiation' is on SSRN:


In many parts of the world there is a continuing discussion about the best possible law curriculum and teaching method. Each of these discussions is shaped by the specificities of the country in question. This contribution aims to generalise from these national debates and identify three main driving forces behind them. The three main drivers identified here are the requirements that the university poses for any type of academic study, the demands of legal practice, and the expectations that society has of the legal profession. These three factors can be balanced in different ways. This is why a much needed differentiation among different types of law schools or law programmes is proposed. Law schools of the future should be much more conscious of the aims they want to achieve and make well-reasoned choices for one type of legal education or the other. The three models discussed in this contribution are Law as Doctrine, Liberal Law and Legal Engineering.

Posted by Unknown at 9:35 PM No comments:

Posted by Unknown at 9:27 PM No comments:

Email ThisBlogThis!Share to TwitterShare to FacebookShare to Pinterest
Labels: journal, Law and Humanities

BOOK: The Effects of Judicial Decisions in Time


Constitutional review is a hot topic in contemporary constitutional debate and design. However, the legal force of judicial decisions, and in particular their effect in time, is an under-studied issue in the literature. This is remarkable, considering the substantial impact of these decisions on the parties or the wider society, in particular in the case of abstract review, and considering that the choice of retroactive, immediate or future effects may have at stake legal certainty, the right to effective judicial protection, or the rule of law. This edited volume fills the gap by offering a comparative analysis of legislative choices and jurisprudential developments regarding the effect in time of legal decisions and its implications in both civil law and common law systems, in abstract and concrete review. Both national and European courts are discussed. Country reports are preceded by milestone judgments so as to give insight into what, concretely, is at stake, thereby addressing both scholars and practitioners.
Posted by Unknown at 9:15 PM No comments:

CALL FOR PAPERS: International Journal of Law in the Built Environment

By this CFP we, as guest editors for this themed issue, invite submission of high quality papers written by legal scholars, urbanists, geographers and social scientists that explore law’s place amidst the spatiality and materiality of the built environment.

Our aim is to gather a collection of papers which can bridge the 'critical' and 'embodied' practical aspects of making and managing built environments. We seek to do this by setting critical legal geography perspectives alongside practice oriented built environment legal scholarship, in order to explore potential synergies and creative tensions that may arise from this juxtaposition:

In keeping with IJLBE’s broad remit, papers can be empirical, doctrinal and/or theoretically based and can explore the themes suited to this CFP in any jurisdiction around the world (please note that submissions must be written in English).
Read more »
Posted by Unknown at 9:03 PM No comments:

The latest issue of Anthropological Journal of European Cultures has been published by Berghahn Journals. It's a special issue entitled Being Muslims in the Balkans: Ethnographies of Identity, Politics and Vernacular Islam in Southeast Europe.


The articles seek to discuss in fine ethnographic detail various aspects of the politics, identity and moral creativity of Muslim lives in contemporary Southeast Europe, more than two decades after the disintegration of socialist states, and vis-à-vis new geopolitical challenges.

Posted by Unknown at 8:46 PM No comments:

Meridian 180, a new community of prominent intellectuals and policy makers in Asia, the United States and around the world interested in new ways of thinking about law and markets broadly conceived, seeks to hire a Fellow at its center of operations at Cornell University, in Ithaca New York beginning no later than September 1, 2014. The aim of Meridian 180 is to generate new paradigms and solutions for the next generation of transpacific relations. The Fellow will play an integral part in this mission through translation, research, and outreach to wider public and policy communities.

Meridian 180 is a project of the Clarke Program in East Asian Law and Culture at the Cornell Law School. It is a non-profit, non-political project funded through private donations and with support from Cornell Law School. It is comprised of Senior Fellows and of Members in law, the academy, private practice and policy circles who meet regularly via an on-line platform supporting multilingual conversations, as well as periodically in face to face conferences. Ideas that emerge from these conversations are then incubated and developed, with the help of the Fellow, into forms in which they can make a difference in each individual society—ranging from policy papers to academic books, blog entries, and individual conversations with policy makers.
Read more »
Posted by Unknown at 8:36 PM No comments:

CALL FOR PAPERS: The Topos of Justice Conference

In 20th- and 21st-century socialist and post-socialist countries various theories and practices of justice dramatically affected the lives of millions of people.  While states engaged in various experiments from constitutional to moral governance, from People’s Courts to human rights policies, citizens actively contributed, subverted, and renegotiated official regimes of justice. This conference will explore experiments in law and regulations, narratives and theories of justice, translations and material objectifications of justice, and ethic and affective circulations of justice and morality in its local and global forms.

We invite comparative and interdisciplinary research-based contributions on various issues interconnected with the topic of justice in various socialist and post-socialist societies and in the regions affected by socialism and post-socialism. Possible topics include, but are not limited to:

Please send a 300 word abstract and a short CV by November 1st, 2013, to Lynn Stevens at havighurstcenter@muohio.edu. Please include your full name, paper title, and academic affiliation. Write “YRC, SOYUZ 2014” in the subject line. Papers will be selected and notifications made by January 1, 2014. Funding will be available to cover accommodation, shuttle service from airports, and meals of participants. If selected to participate in the conference, you will be expected to submit a completed paper to the Havighurst Center by February 1st, 2014.

*SOYUZ, the Post-Communist Cultural Studies interest Group of the American Anthropological Association (AAA) and the official unit of the Association for Slavic, East European Studies and Eurasian Studies (ASEEES) began in 1991 as a regionally focused group responding to the fall of the Soviet and socialist states. Since then, it has broadened to include graduate students and scholars working in any region affected by socialism and post-socialism. http://www.aaanet.org/sections/soyuz/. SOYUZ unites young and senior scholars and graduate students and organize conferences every year, which are hosted by different institutions.

Young Researchers Conferences have been organized by the Havighurst Center for Russian and Post-Soviet Studies at Miami University since 2000 and have attracted young and senior scholars for discussions of various topics related to socialism and post-socialism and the region of Russia, Eastern Europe, and Eurasia. See http://www.units.muohio.edu/havighurstcenter/conferences/youngresearchers.html.
Posted by Unknown at 8:24 PM No comments: