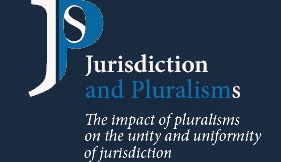 Trento, Faculty of Law, 16 and 17 April, 2015
The International Workshop draws its inspiration from the circumstance of several countries in Europe experiencing a growing number of cases in which individuals (mainly immigrants) claim to have a series of family and personal matters regulated by the law of their country of origin, under international private law.

In so far as this foreign law corresponds to – or is largely influenced by – Islamic law (or other religious law), domestic legal systems in Europe face the problem of reviewing the compatibility of such religiously inspired foreign law with domestic (and European) fundamental rights standards, mainly by applying the public policy (ordre public) exception which prevents the administrative application or the judicial enforcement of foreign law or foreign judicial or administrative decisions that are qualified as incompatible.
The International Workshop aims at considering the current attitude shown  by  the judiciary in legal systems strongly influenced by Islamic law as well as in some European states, while ultimately focusing  on whether a shared European ordre public exception in the field of family law is emerging in case law.
The program of this event is available from this link.
Posted by Antonio Zuccaro at 8:59 AM No comments:

Email ThisBlogThis!Share to TwitterShare to FacebookShare to Pinterest
Labels: conference, jurisdiction and pluralisms

This collection joins the new and expanding scholarship on the protection of fundamental rights in Europe and reflects on the relationship between the Court of Justice of the European Union (CJEU) and the European Court of Human Rights (ECtHR). The book questions whether the changes introduced by the Lisbon Treaty align the CJEU to the ECtHR’s interpretation and methods, triggering different processes of institutionalisation within a coherent European system. These issues are explored through a contextual analysis of areas of law such as equality rights in employment law, citizenship and migration, internet law and access to justice. This volume includes perspectives from the scholarly community as well as practitioners, judges and European policy makers. It also examines the state of accession of the EU to the European Convention on Human Rights (ECHR) and considers the legal implications of the interactions of the two courts for the protection of the fundamental rights of EU citizens and individuals legally residing in Europe.
The volume is essential reading for practitioners, judges, European policy makers and members of the scholarly community working in this area of law.

Sonia Morano-Foadi is a Reader in Law and Lucy Vickers is a Professor in Law, both at Oxford Brookes University.

Click here for further information on this title.
Posted by Antonio Zuccaro at 8:53 AM No comments:

ENDORSEMENTS
"The question of the EU’s justice deficit could not be of greater relevance. Both scholars and politicians have often argued that the economic and other benefits of the EU compensate for any democratic failings. Yet, as the eurocrisis renders these benefits less apparent, it becomes more appropriate than ever to ask whether it distributes them and any accompanying costs in a just way. The  responses of the contributors to this volume prove as disturbing  as they are informative."
Professor Richard Bellamy, Director of the Max Weber Programme, European University Institute, Florence

"This is a remarkable volume which addresses a long-neglected question about the EU: situated between integration through market freedoms and an emerging constitutional project, how does the EU contribute to the achievement of justice? A set of lively, engaged and scholarly contributions which extend the boundaries of the debate. A must-read for all interested in European Studies."
Professor Seyla Benhabib, Eugene Meyer Professor of Political Science and Philosophy at Yale University

"The list of authors reads like a veritable “Who's Who of European studies”...The outcome is fascinating, enormously rich and diverse (with the authors occasionally disagreeing with each other) – just as Europe is. Once you have read it, you realize what an important void it has filled. It opens up a new, fresh perspective within the European studies, and I can safely predict that it will become a canon, by reference to which we will be discussing “justice in/of Europe” in the years to come."
Wojciech Sadurski, Challis Professor of Jurisprudence, The University of Sydney Faculty of Law

"By arranging a multi-disciplinary discussion about justice in the EU “as a flow of ideas” this most engaging book offers a gripping account of justice as the proverbial contested concept…The editors have succeeded in bringing together a group of feisty scholars keen to present their rather diverse, and at times even exclusive, take on the meaning of justice...A must read for all interested in justice, nothwithstanding their own disciplinary home."
Prof Antje Wiener, Chair in Political Science, especially Global Governance, University of Hamburg

The gradual legal and political evolution of the European Union has not, thus far, been accompanied by the articulation or embrace of any substantive ideal of justice going beyond the founders’ intent or the economic objectives of the market integration project. This absence arguably compromises the foundations of the EU legal and political system since the relationship between law and justice—a crucial question within any constitutional system—remains largely unaddressed. This edited volume brings together a number of concise contributions by leading academics and young scholars whose work addresses both legal and philosophical aspects of justice in the European context. The aim of the volume is to appraise the existence and nature of this deficit, its implications for Europe’s future, and to begin a critical discussion about how it might be addressed. There have been many accounts of the EU as a story of constitutional evolution and a system of transnational governance, but few which pay sustained attention to the implications for justice.
The EU today has moved beyond its initial and primary emphasis on the establishment of an Internal Market, as the growing importance of EU citizenship and social rights suggests. Yet, most legal analyses of the EU treaties and of EU case-law remain premised broadly on the assumption that EU law still largely serves the purpose of perfecting what is fundamentally a system of economic integration. The place to be occupied by the underlying substantive ideal of justice remains significantly underspecified or even vacant, creating a tension between the market-oriented foundation of the Union and the contemporary essence of its constitutional system. The relationship of law to justice is a core dimension of constitutional systems around the world, and the EU is arguably no different in this respect.
The critical assessment of justice in the EU provided by the contributions to this book will help to create a fuller picture of the justice deficit in the EU, and at the same time open up an important new avenue of legal research of immediate importance.

Click here for further information
Posted by Antonio Zuccaro at 8:48 AM No comments:

BOOK: Non-State Justice Institutions and the Law: Decision-Making at the Interface of Tradition, Religion and the State Traditional forms of dispute resolution have become an important aspect in the political and academic debates on law and development and in numerous cases of constitution-making and judicial reform. This book focuses on decision-making by non-state justice institutions at the interface of traditional, religious, and state laws. The authors discuss the implications of non-state justice for the rule of law, presenting case studies on traditional councils and courts in Pakistan, South Sudan, Ethiopia, Bolivia and South Africa. Looking at the legitimacy of non-state justice from various angles, this collection explores the ways in which non-state legal systems and governmental structures are embedded in official state justice institutions and how this affects the protection of human rights.

The book includes a chapter by our own Christa Rautenbach (North-West University (South Africa)) and Brian Z Tamanaha (Washington University (USA)), plenary speaker at our upcoming conference.
Posted by Unknown at 10:16 AM No comments: