JURIS DIVERSITAS
An interdisciplinary Centre for the Study of
Legal and Normative Mixtures and Movements
Note that Juris Diversitas (http://jurisdiversitas.blogspot.com/) has added an email subscription box to our blog. We’ve also added bloggers and will be announcing an Advisory Board of senior academics over the next few weeks.
Juris Diversitas aims to negotiate the boundaries (i) between hybrid legal and normative traditions and (ii) between comparative law and other disciplines. Both of these aims are pursued in our ‘Mediterranean Legal Hybridity’ symposium to be held in Malta on Saturday, 12 June 2010. The symposium is the first event in a project that, while focused on the region, may produce a model that can be used around the world. 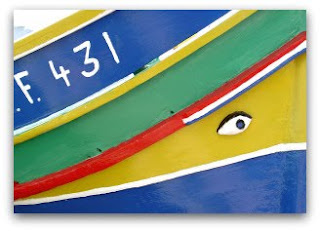 In conjunction with the symposium, there will also be an informal roundtable discussion of any research related to our general themes on Friday, 11 June 2010. For information on the symposium or roundtable, email me (sean.donlan@ul.ie). The deadline for the former is Monday, 29 March 2010.
Please feel free to contact me with questions, suggestions, links, and events. And please spread the word about us to interested individuals and institutions.
Posted by Unknown at 1:11 AM No comments:

CALL FOR PAPERS: The Worlds of the Trust

CALL FOR PAPERS THE WORLDS OF THE TRUST
Faculty of Law, McGill University
23‐25 September 2010

Until recently, the trust was often described as foreign to the logic of the law of property in the civilian tradition. This assertion is increasingly untenable, as the profile of the trust in legal systems with a civilian law of property continues to develop and expand. This conference seeks to explore the multiple ways in which civilian and mixed legal systems have embraced the trust, with the goal of allowing jurists from different jurisdictions to better understand their different approaches to this increasingly important legal institution. The working languages of the conference will be English and French.

Some of the themes which we expect to be covered include: the historical development of trusts in civilian and mixed systems; the differing conceptual structures of such trusts, including how they are understood within the general law; the language of trust law; comparative trust law; the uses and applications of trusts in the modern world; and the possibilities for internationalizing trust law through increased recognition of foreign trusts and of party autonomy in choosing the governing law for trusts.

Proposals for papers are now invited. If you would like to offer a paper, please submit a working title and an abstract (of no more than 350 words) by email to crdpcq.law@mcgill.ca before 15 April 2010. The abstract should be written in English or French, the language of the abstract indicating the language of the proposed full paper. Papers will be selected on the basis of their quality and originality, as well as their engagement with the conference theme and their fit with other papers being presented at the conference. The selection will be made by a scientific committee.

Presenters whose proposals are accepted will be expected to meet their own travel and accommodation costs, although the conference registration fee will be waived. Depending on the outcome of applications for financial assistance, some funds may be available to assist presenters with travel and accommodations; those who have need of such funds should indicate this in their applications.
Posted by Unknown at 7:00 PM No comments:

Volume 2 of the JCLS contains:

Olivier Moréteau, The Future of Civil Codes in France and Louisiana

The JCLS invites the submission of articles for Volume 4, to appear in the Fall of 2010. The deadline for submissions is April 1, 2010. Please visit www.law.lsu.edu/jcls or email jcls@law.lsu.edu
Posted by Olivier Moréteau at 10:03 PM No comments: 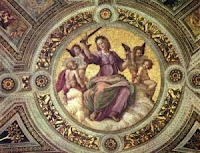 Over the next few weeks, Juris Diversitas will be assembling an Advisory Board.
While a formal announcement will not be made until we've finalised the Board's members, we'll add their names to 'Our Advisory Board' as they confirm their acceptance.
As always, feel free to email me (sean.donlan@ul.ie) with questions and suggestions.
Posted by Unknown at 4:05 PM No comments: