The following may be of interest. Apologies for the late notice:

A group of Indian scholars is organizing a seminar on legal pluralism and natural resource management which will take place on March 30 and 31st, 2012, in Coimbatore, South India. They would like to have some participation also from the SE Asia network of the Commission, and there is actually some funding available to bring 1-2 members to India for this purpose. Further information can be found below. Interested persons can contact Dr Amalendu via ailp_conference@cb.amrita.edu. 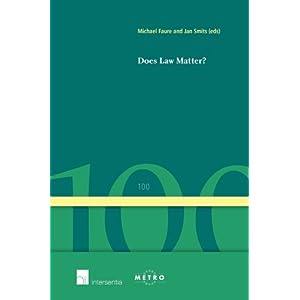 For many years now, there has been a strong economic scholarship pointing to the importance of institutions in general - and, more particularly, legal rules and the rule of law - for economic development. The importance of law for economic growth has also been empirically tested in many well-known and often cited studies. These studies seem to indicate not only that law is relevant in the development of countries and their economic growth in particular, but more specifically, that particular legal systems do better than others. The tenant of this scholarship (especially initiated by Andrej Schleifer and others) is that the common law would be a more efficient system in promoting economic growth than the civil law. However, many scholars doubt the empirical claim of this and criticize these findings, both on methodological grounds as well as on grounds of a misconception of differences between the civil and the common law. The interest in legal origins for the efficiency of the legal system also focuses on particular legal regimes, such as accident law, environmental law, or corporate law. Increasingly, the question is also asked whether legal institutions and the rule of law are also important in the process whereby poor nations develop their economy. For example, Cooter, Schafer, and Ulen have attempted to examine why particular developing countries do relatively better than others and, roughly speaking, also attribute (part of the) success of some developing countries to legal institutions. However, others (more particularly Ulen) point at the fact that legal rules may play some role, but perhaps only a modest role in economic development. A powerful example which is quoted in that respect is the one of China which, at least at first blush, does not seem to rely strongly on legal institutions (at least in the traditional sense) and nevertheless has experienced a spectacular economic growth. The particular case of China hence remains somewhat puzzling in this debate. So far, these various streams of literature paying attention to the question to what extent legal origins matter for economic growth have not been strongly integrated and have, to a large extent, been developed in separate social sciences (institutional economics, development economics, and comparative law). This multi-disciplinary book brings these approaches together in an integrated and structural manner. (Series: Ius Commune Europaeum - Vol. 100

The introduction is available on SSRN.