From its founding in 1906, the Law Center has offered its students a legal education recognized for its high standards of academic excellence, an outstanding teaching and research facility, and integrated programs in Louisiana civil law and Anglo-American common law. All LSU Law graduates receive a Juris Doctor, and students may also earn the optional Graduate Diploma in Comparative Law in recognition of extensive, optional coursework in the civil law. Learn more about the LSU Law Center here. 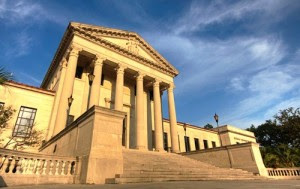 Posted by Olivier Moréteau at 9:01 PM No comments: 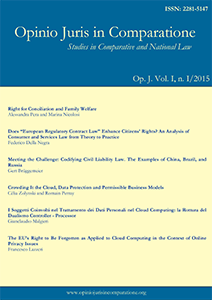 Posted by Olivier Moréteau at 10:18 PM No comments:

The Impact of Corruption on International Commercial Contracts

The Impact of Corruption on International Commercial Contracts

This volume presents national reports describing the legal instruments that are available to prevent the payment of bribes for acquiring contracts. Anti-corruption is one of the preeminent issues in the modern global commercial order and is tackled with the help of criminal law and contract law in different ways in different countries. The reports included in this volume, from very diverse parts of the world, represent a unique and rich compilation of court decisions, doctrinal discussions and a pool of suggested solutions. The central theme is the enforceability of three problematic types of contracts: the bribe agreement, whereby a bribe payer promises the agent of his business partner a personal benefit in exchange for favourable contract terms; the agreement between a bribe payer and an intermediary (a “bribe merchant”), where the latter offers his expertise to help funnel bribes to agents of the business partner; and finally, the contract between the bribe payer and his business partner which was obtained by means of bribery. The analysis is tailored toward commercial contracts, which can also include contracts with state-owned enterprises. The examination and comparison of international and national initiatives included in this volume advance the discussion on the most appropriate remedies in corruption cases, and show how to get past the boundaries of criminal, private and contract law.
Posted by Olivier Moréteau at 10:08 PM No comments:

Gain-Based Remedies throughout the World

Disgorgement of profits is not exactly a household word in private law. Particularly in civil law jurisdictions – as opposed to those of the common law – the notion is not well known. What does it stand for? It is best illustrated by examples. One of the best known being the British case of Blake v Attorney General, [2001] 1 AC 268. In which a double spy had been imprisoned by the UK government before escaping and settling in the former Soviet Union. While there wrote a book on his experiences, upon which the UK government claimed the proceeds of the book. The House of Lords, as it then was, allowed the claim on the basis of Blake’s breach of his employment contract. Other examples are the infringement of intellectual property rights, where the damages of the owner are limited, but the profits of the wrongdoer immense. In such cases, the question arises whether the infringing party should be disgorged of his profits.
This volume aims at establishing the notion of disgorgement of profits as a keyword in the discourse of private law. It does not purport to answer the question whether or not such damages should or should not be awarded. It does however aim to contribute to the discussion, the arguments in favour and against, and the organisation of the various actions.
Posted by Olivier Moréteau at 10:01 PM No comments:

This book discusses affirmative action or positive discrimination, defined as measures awarding privileges to certain groups that have historically suffered discrimination or have been underrepresented in specific social sectors. The book’s underlying rationale is that one cannot place at the same starting point people who have been treated differently in the past because in this way one merely perpetuates a state of difference and, in turn, social gaps are exaggerated and social cohesion is endangered. Starting out with an introduction on the meaning and typology of affirmative action policies, the book goes on to emphasise the interaction of affirmative action with traditional values of liberal state, such as equality, meritocracy, democracy, justice, liberalism and socialism. It reveals the affirmative action goals from a legal and sociological point of view, examining the remedial, cultural, societal, pedagogical and economy purposes of such action. After applying an institutional narrative of the implementation of affirmative action worldwide, the book explains the jurisprudence on the issue through syntheses and antitheses of structural and material variables, such as the institutional recognition of the policies, the domains of their implementation and their beneficiaries. The book eventually makes an analytical impact assessment following the implementation of affirmative action plans and the judicial response, especially in relation to the conventional human rights doctrine, by establishing a liaison between affirmative action and social and group rights.. The book applies a multi-disciplinary and comparative methodology in order to assess the ethical standing of affirmative action policies, the public interests involved and their effectiveness towards actual equality. In the light of the above analysis, the monograph explains the arguments considering affirmative action as a theology for substantive equality and the arguments treating this policy as anathema for liberalism. A universal discussion currently at its peak.
Posted by Olivier Moréteau at 9:57 PM No comments:

Combating terrorism in Africa seems to be a mission impossible despite numerous anti-terrorism laws in existence. Africa has a union, known as African Union (AU), comprised of independent States in Africa, except Morocco. It has a notable anti-terrorism law, known as the OAU Convention on Prevention and Combating of Terrorism and other national anti-terrorism laws in existence in its Member States nations.
Despite all these anti-terrorism laws, including the Plan of Action for the Prevention and Combating of Terrorism and the Protocol to the OAU Convention on the Prevention and Combating of Terrorism in existence, terrorist acts are on the increase daily on the continent.
This book reviews the afore-mentioned OAU (AU) Conventions on Prevention and Combating Terrorism and also identifies its deficiencies and analyzes its inefficacies in preventing and combating terrorism in Africa. It also reviews Member States’ compliance with International Law and UN requirements for combating terrorism and their response to the Convention. It, therefore, argues that terrorism will be better combated on a regional level rather than leaving it to the individual Member States; thus recommending, for effective means of combating terrorism, AU should establish a regional court vest with the jurisdiction of terrorism on the Continent of Africa.
Dr. (Mrs) Chinyere Christiana Okpala Chukwuka was born in Nigeria. She obtained an LL.B. (Hons) from Nnamdi Azikiwe University, Awka, Anambra State of Nigeria and B.L from Nigeria Law School, Abuja, Nigeria. She was admitted to the Nigerian Bar in 2003. She practiced law in Nigeria for a few years before proceeding to Whittier Law School, where she obtained an LL.M in American Legal Jurisprudence with Certification in International Law. Afterwards, she obtained an SJD in International Legal Studies from Golden Gate University School of Law.
Ebook available (ISBN: 9781600422737 | $ 29.95)  Purchase ebook 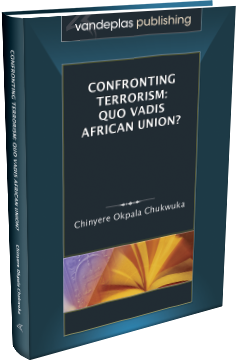 Posted by Olivier Moréteau at 9:52 PM No comments: